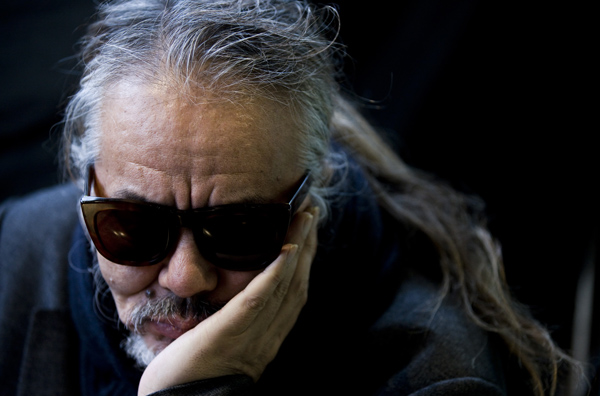 Last year Jun In-kwon, the frontman of the legendary 1980s rock group Deulgukhwa, reunited the group’s original lineup to perform the bold sounds and outspoken lyrics the band is famous for.

However, the reunion did not last long. Drummer Joo Chan-kwon died in October, causing Jun and bassist Choi Sung-won to call it quits once more.

But now Jun is ready to take to the stage again, this time as the Jun In-kwon Band, teaming up with a mix of veterans and younger musicians, like pianist Jung Won-young, 53, and guitarist Ham Choon-ho, 52. Jun’s group will hold concerts from March 7 to 9 at the Lotte Card Art Center in Hapjeong, western Seoul. But first, Jun sat down with the JoongAng Ilbo to talk about his life and music. 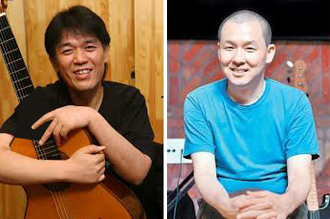 Q. You have been in the music scene for more than 30 years. Do you still have things you need to learn?

A. I am not a digital device that becomes useless when it goes out of date. I believe that all human beings have to study and improve continually for their happiness and satisfaction.

How does it feel like to work with younger musicians?

The most important thing is having a connection with them, sharing emotions. Being the oldest never gives you priority. Plus, younger musicians have better technique.

How is your connection with Jung Won-young and Ham Choon-ho?

There is not much to worry about because each of them is a very gifted musician. I played with Choon-ho 30 years ago and Jung Won-young is someone I have admired for a long time. Working together as a band is like being in a relationship. It needs faith and trust.

Were you “in a relationship” with Deulgukhwa?

A very bad one. It was very frustrating. If you ask me why the band’s guitar and drum played so loudly, it was probably because they were all mad. But the important thing is that we never fought over money.

How was Deulgukhwa perceived by other musicians at the time?

We were complete outsiders at first. We never listened to anybody’s advice and did whatever we want. Maybe that is what led to the members growing so close.

Is there any possibility for a Deulgukhwa reunion with Choi Sung-won?

There are no eternal good-byes, we both know that well. There have been several offers to work together, but both of us turned them down. We don’t want an awkward reunion just to earn some money.

I went through severe depression. It made me extremely nihilistic, standing at the foot of my friend’s deathbed. The absence of his musical ability was a very big thing. That is why I am trying to learn guitar and get back on stage so quickly

How do you feel when you are on stage?

To me, performing means confronting so many truths. Not a slight bit of falsehood is allowed on stage.

What is the story behind the band’s new song, “Decent Life”?

It’s a song I wrote when I was in the Philippines after being accused of drug use. I thought about killing myself then, but hope for a decent life kept me going.

Do you have any unreleased songs?

There are about 10 of them and I am working on them. One of them talks about the past, the wrongdoings I did before growing up. I hope people will find it consoling.