A win for lobbying at grass-roots level

A win for lobbying at grass-roots level 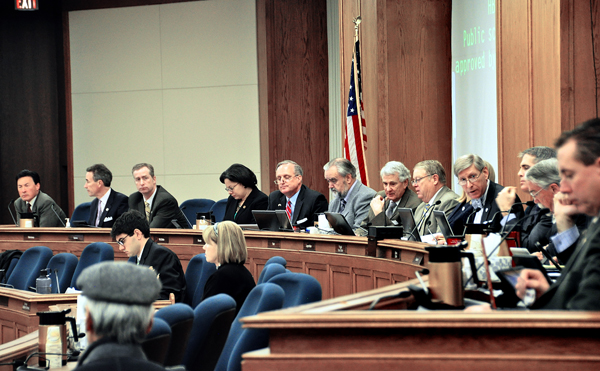 The dual-name movement to use the “East Sea” alongside the “Sea of Japan” to identify the body of water between Korea and Japan started in the state of Virginia and is now spreading across the United States. New York and New Jersey are following suit, and several other states, including California, are also considering the change.

There are two opinions on the expansion of the dual-name revision. Some want to show the power of the Korean-American community, which numbers about 1.7 million. Others say that highlighting the discord between Korea and Japan could put pressure on mainstream American society.

However, having observed the movement in Virginia for the past two years, both opinions are excessive concerns. The process, not the outcome, is more significant in the Virginia case. The bill was on the verge of rejection in the lower house, but then took a dramatic turn. The Japanese ambassador practically threatened the governor. The key was the wisdom and perseverance of the Korean community to overcome the obstacles. It would be wiser to move forward based on the success rather than clinging to the outcome.

The legislation reaffirmed the simple truth that we are stronger when we stick together. Various Korean-American communities had debates over the dual-name initiative but failed to unite. But Virginia was different. More than 50 local groups got together for one common goal. I believe that the local Koreans who filled the Virginia State Assembly were the key contributors to the legislation.

We have again confirmed that voters have the power to move mainstream society. When the governor of Virginia broke a promise with Korean-Americans and attempted to interfere, the Korean community pledged to show their feelings in the next election. When their determination was conveyed to the governor, the Democratic Party changed its position and supported the Korean-American initiative. This is the power of grass-roots lobbying. Also, we have learned that systematic lobbying is effective. Peter Kim, the head of the Voice of Korean Americans, who initiated the campaign, analyzed every member of the state legislature. He prepared files for individual members and researched their hobbies and personal relationships.

While we couldn’t afford expensive lobbyists like the Japanese government, we made up for it with legwork and devotion. Another gain is that we now understand Japanese lobbying. The Korean government needs to pay attention. Communicating with the mainstream media also played a role. When The Washington Post published the Japanese ambassador’s threatening letter to the governor of Virginia, the mood quickly changed.

If the dual-name movement spreads across the United States, we will win in some states and lose in others. However, building experience is more important than achieving immediate outcomes. The dual-name campaign in Virginia has provided us with a valuable experience of frustration, comeback, challenge and accomplishment.