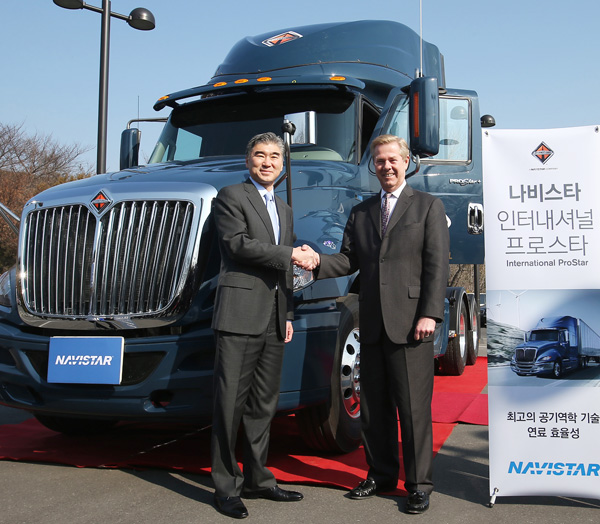 Sung Kim, United States ambassador to South Korea, left, and Tom Clevinger, senior vice president of global operations for Navistar International, pose in front of Navistar’s Prostar truck at the Grand Hyatt Hotel in Seoul yesterday. Navistar became the first American truck manufacturer to release its product in Korea, taking advantage of the Korea-U.S. free trade agreement. The 183-year-old company said that its aero-nose-designed truck will provide better fuel efficiency and less maintenance cost than its European competitors. The Prostar, which is manufactured in Springfield, Ohio, will be sold by local dealer CJ International Truck for around 170 million won ($160,000). Navistar said that there are only six service shops in Korea but that the number will grow. Provided by the company