Hwang Jung-min, a man in love with acting

Hwang Jung-min, a man in love with acting 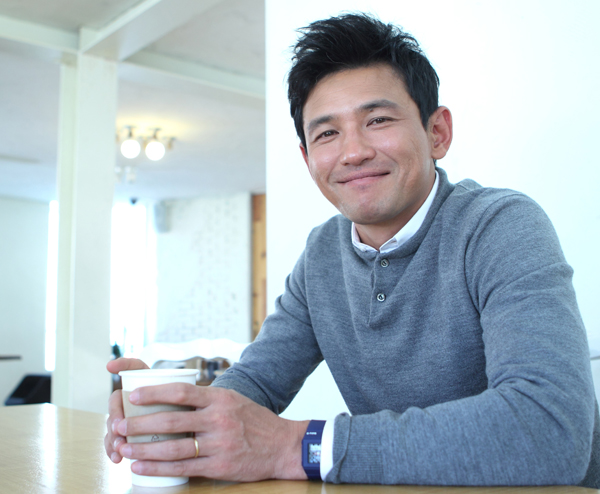 Actor Hwang Jung-min has a special kind of genuineness that make him stand out in all his roles. But he also knows how to blend in, regardless of who he meets in a film. If Hwang were to be compared to coffee, he would definitely be an espresso. The strongly flavored extract that exudes a scent, which can always be improved by mixing it with milk or whipped cream, resembles Hwang.

The 43-year-old actor recently returned to the romance genre with Han Dong-wook’s “Man in Love,” which has made 13.6 billion won ($12.8 million) since opening on Jan. 22. He plays the gangster Tae-il, who used to collect debts for a loan shark but tries to live an honest life after he meets Ho-jung (Han Hye-jin), a sweet bank clerk.

Hwang sat down with Ilgan Sports, an affiliate of the Korea JoongAng Daily, to talk about his role.

Q. Why were you so behind this movie?

A. Recently in Chungmuro [the heart of Korea’s movie scene], there has been a boom in so-called men’s movies. While it is true that many quality movies have come out, I thought audiences would want more diversity. Since there have not been many traditional romance movies in a while, I thought I should go for it - to support diversity in the industry.

Although your 2012 hit “New World” and “Man in Love” are different genres, you played a gangster in both. Was there any pressure in taking similar roles?

If I cared about such things, I wouldn’t have chosen “Man in Love.” I just wanted to play a man who was madly in love. I was aware that my character in “New World” somewhat overlapped with Tae-il [in “Man in Love”], but I tried not to think about that. All I wanted was for anyone who has ever been had their heart broken to sympathize with the story and cry over it.

Unlike your gentle appearance in public, you are very convincing as a gangster. Do you have a gangster in you?

Considering it is a romance, didn’t you want to play a gentler character?

That’s no fun. Regardless of how affluent people are, they all show their weak side when they are in love. I am interested in showing that very humane part. I am not into showing grand and pretentious characters.

What was it like to work with Han Hye-jin?

Very pleasant. I’ve never worked with her before, but unlike the prissy image she has on TV, she was very easygoing and comfortable to work with.

The “New World” sequel is said to depict you and Lee Jung-jae in your younger days. How is that coming?

They’re still working on the scenario. I’ve nagged the director to write it faster [because] it’s supposed to show my character in his 20s, but I’m already in my 40s.

What is your new film, “Gukje Market,” about?

It’s about our fathers’ generation. I took the role as soon as I heard that the film was about them. Fathers these days don’t get the treatment they deserve, but when you think about it, they were pivotal in developing Korea into the country it is today.

Your next movie, “Veteran,” will begin shooting soon. Don’t you need some time to rest?

I have taken breaks for about three months before and I think that’s enough. I believe it is the responsibility of actors to try their best at acting when they come across screenplays that suit them.