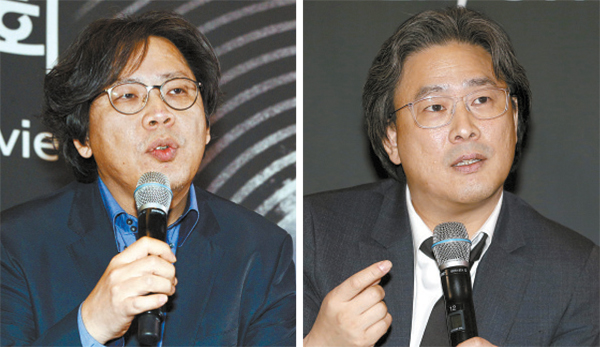 Six months after the directors and brothers Park Chan-wook and Park Chan-kyung asked citizens from around the world to make a film about Seoul, the film was unveiled Tuesday.

The competition to become a contributor to the city-funded project was fierce, with 11,852 clips from 2,821 people being submitted, but only 154 clips from 141 contributors making the final cut.

Aptly titled “Bitter, Sweet, Seoul,” the film was described by Seoul City Mayor Park Won-soon as showing both the “highs and lows of the city.”

From the get-go, the unlikely promotional movie project was as abstract as anything attempted by the Park brothers, a creative duo that calls itself Parking Chance. There were no rules, just loose guidelines to get the ball rolling. The only thing that the two Parks provided were the categories “Working in Seoul,” “Made in Seoul” and “Seoul,” meaning the city itself.

The culmination resulted in a mosaic that focuses on moments in the South Korean capital. There is no plot, no stars and no climax.

“I’ve made films for a long time but usually there are plans, scripts and you know in your head how a movie will turn out,” said Park Chan-wook, the famed director behind the classic Korean film “Oldboy.” “This was completely different as the personality and quality of the movie depended on the submissions, which in turn determined the direction.” 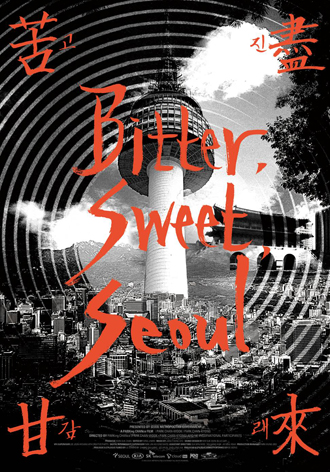 Right: A scene from “Bitter, Sweet,

Joking that he could blame the “quality of submissions” if the film was scorned, the director said that he was happy with the end result, which his younger brother called “a sort of fly’s-eye view of Seoul.”

And while the project, originally dubbed “Seoul, Our Movie,” encouraged anyone who has visited or lived in the city to dig into their archives for footage on the Korean capital, the Parks said that they tried to avoid all the usual cliches.

“As expected, there were a lot of submissions of tourist sites like Myeongdong as the backdrop, and while we used some of those videos, in other parts of the film we tried to veer away from the typical landscape,” said Park Chan-kyung.

And while the movie may seem confusing from one frame to another, the Parks capitalized on the power of music to hold it all together.

“Music was the central force that glued the film into one and ‘Simcheonga’ [a traditional pansori story-song], with its quintessential Korean lyrics, fit well,” explained Park Chan-wook.

They also noted that there was another recurring theme in the film: religion. “As Seoul is a city fanatical about religions, we couldn’t leave that out,” said the younger Park.

“There probably weren’t that many religion-themed submissions, but the ones that looked at it were good, so we wanted to use them,” Park Chan-kyung said. 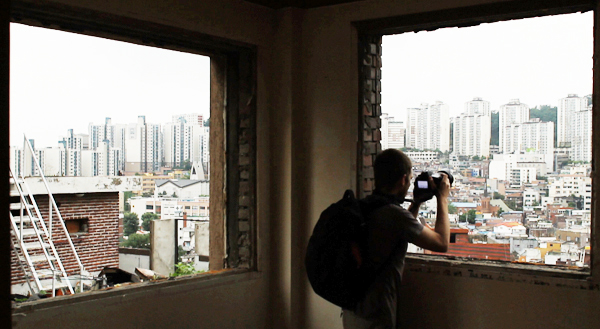 While the process sounds easy now, the two Parks admitted that they were sometimes a bit lost. Park Chan-wook said that it took some time to see the overall picture in the overwhelming amount of entries, which ranged in theme and genre. So they came up with a formula.

“We would pick out the pretty pieces, but still had no idea where it would fit in the overall picture,” explained Park Chan-wook. “Then we tried to lump together similar motifs, but rather than saying there are more significant themes, we tried to make the stories flow together.”

And while the storytelling may seem too abstract at times, Park Chan-wook said that the interpretation was open. “It’s no fun when you interpret for others.”

Just as the film may mean different things to different people watching it from around the world via YouTube, the duo stated that their ownership of the film was up for debate.

“You know, I didn’t even shoot the film,” said Park Chan-wook. “All we did was pick through the thousands of pieces.”

“It really is the work of some 141 people,” said Park Chan-kyung.

Regardless of who deserves the credit, mayor Park Won-soon said he was already a fan of the film.

“As said in its English title, it is bitter and sweet,” said the mayor. “It shows everything … and I believe one of the many reasons people keep vising Korea is because of this diversity.”

The film can be viewed at www.youtube.com/seoulourmovie.