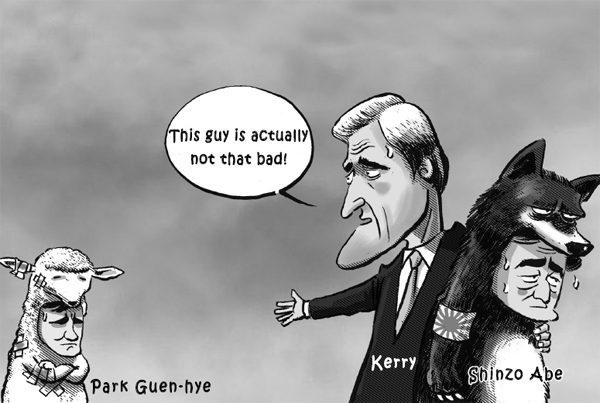 On a trip to Seoul last Thursday ahead of U.S. President Barack Obama’s visit in April, Secretary of State John Kerry asked Korea to “put history behind it” so the United States can reinforce its traditional ties with Korea and Japan in the face of China’s dramatic rise.