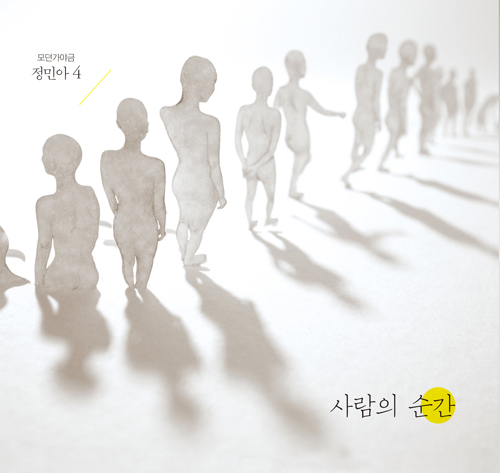 Maybe there’s one too many singer-songwriters, singing while playing their guitars, that attracts you to the music of Jeong Min-ah, who sings while playing her gayageum, a traditional Korean zither-like instrument with 12 strings.

Listen to Jeong’s fourth album, “A Person’s Moment,” and you’ll be surprised by the fresh combination of the gayageum and Jeong’s captivating voice.

Jeong, who is based in Hongdae, is an indie gugak musician. After her third album, Jeong traveled to cities like Jeonju, Wonju and Busan for a year and spent time writing songs for her fourth. The first track, “Poor Lady,” is so sorrowful that it makes you want to cry, especially when you are feeling melancholy. She sings about comfort women who spend their days dreaming of an ordinary life. “The wind doesn’t always blow the way you want it to,” Jeong sings, and you agree.

The rest of the album is a mix of nine melancholy songs that magnify the sound of the gayageum and bossa nova-style music that really doesn’t feature a traditional instrument. Personally, the former is definitely more attractive.