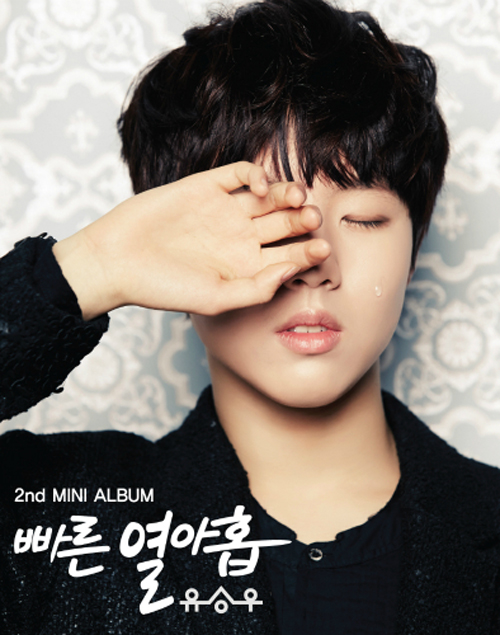 His innocent smile has been his trademark since his first appearance on “Superstar K4” in 2012. But on Yu Seung-woo’s new mini-album, “Early Nineteen,” the 17-year-old singer seems to have shaken off much of his folksy style for a more sophisticated vibe. But regardless of style, Yu sticks to what he does best: mellow love songs.

Having written four songs out of the five songs on this release, lyricist Park Ji-won is the architect of the album. Most of the tracks, including the lead-off single “Hesitating Lips,” dwell on the theme of young, unrequited love. And, while it helps to have a consistent concept for an album, the repetitive lyrics sometimes make it hard to tell the songs apart.

By the album’s second track, “Hello My World,” Yu shows that he is enjoying his young career, whatever the style.

The album’s fifth song, “U Who?” is Yu’s own composition, showing that the young singer has plans for bigger and better things. Rather than chasing instant fame, Yu is building his original brand, step by step.