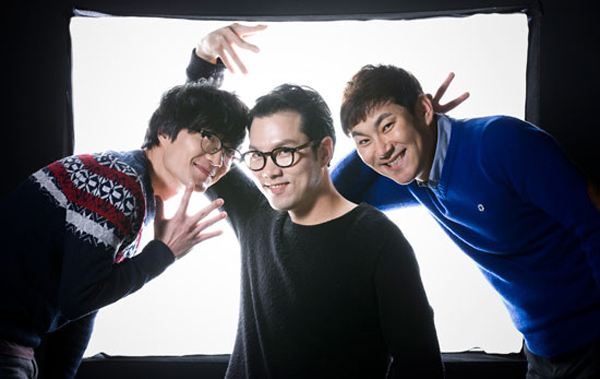 They say movies and TV shows are often most memorable for their great soundtracks. These days in Korea, two of the prime examples of that theory would be the tvN drama “Respond, 1994” and the latest Disney animation, “Frozen.”

Both of those soundtracks had one surprising contributor in common - the indie band Every Single Day.

Q. You have worked with prominent productions over the recent years. How did you start contributing to soundtracks?

A. We first started in Busan, where we released our first album, “Broken Street” [in 1999]. After releasing five more albums, we were recognized by indie music fans around the country. Filmmaker Shin Su-won, who featured our song in her film “Rainbow,” recommended us to Kwon Seok-jang, the producer of the MBC drama “Pasta.” That’s how everything started. Since then, the band was worked on soundtracks for “My Princess” [2011], “I Can Hear Your Voice” [2013], “Miss Korea” [2013] and some others.

Compared to your previous tracks, your songs for the “Miss Korea” soundtrack sound sorrowful.

Well, after going through the script of the first episode, we were supposed to come up with an upbeat track. But the producer [Kwon Seok-jang] asked us to make the sound as melancholy as possible.

We guess it’s because the drama depicts the struggles of various characters in Seoul amid the economic crisis of 1997. That’s how the soundtrack “New World” was created.

Tell us more about the track “New World.”

In that song, we sing “After chasing the illusion, there is nothing left / wait tonight look at the light.” The minor key and the chilly sound are supposed to help viewers envision the dreams and frustrations of the lead role, Oh Ji-young, who desires to win in the beauty pageant.

What do you think is the strength of your group?

These days, some producers hire celebrity singers and make tracks that can easily hook the listeners. This is because those producers prioritize making profits from online music stores over getting the right balance between the soundtrack and the drama.

But money is not the issue for us. We try to present sounds that can really synchronize with the story. Perhaps that’s why some people say that our songs are like living characters from the dramas.

What does the recent success mean for your band? And what is your ultimate goal?

Moon: It’s still surreal to listen to our songs on terrestrial television networks every week. Actually, we spent the last 10 years making less than 100,000 won [$94] a week. I think the soundtrack work has given us a special stage where we can perform every single day.

Kim: Our ultimate goal as musicians has not been achieved yet. Sometimes our unfulfilled dreams are portrayed through the lyrics.

Jung: We don’t think only luck alone will bring us good fortune. As we have come this far together, I guess our next 10 years can become more successful as long as we stick to our original style and continue trusting in each other.