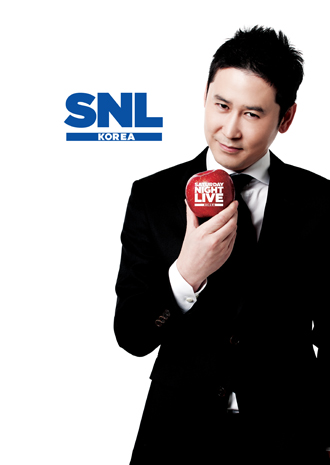 After enjoying considerable success in its first four seasons, tvN’s “SNL Korea” - Korea’s version of the long-running comedy show “Saturday Night Live” - will reshuffle the cast for its next season.

“There will be some changes in the cast, as well as the general concept of the show,” said CJ E&M, the entertainment giant that runs tvN.

Sexy icon Clara (whose real name is Lee Seong-min) is out, to be replaced by Brown Eyed Girls singer Narsha (Park Hyo-jin). Narsha was considered a very popular guest when she appeared on “SNL Korea” in season three.

“She is candid, talented and sexy,” said CJ E&M in a statement. “We hope she will go well with our original female cast, such as Ahn Young-mi and Jeong Myung-ok.”

In addition to Narsha, Seo Eun-kwang, from the boy band BTOB, will also join the show as a regular member.

“Our visit to NBC inspired us a lot,” said comedian Shin Dong-yup excitedly, when he arrived at Incheon International Airport on Feb. 3, back from a visit to the original production team in New York City.

CJ E&M said it will no longer have a Korean version of the fake news segment Weekend Update, but will instead feature a mini-talk show led by veteran singer Yoo Hee-yeol.

The first episode of the new season will air on March 1. The rest of last season’s cast, including Jay Park, Yoo Se-yoon and Kim Min-kyo, will all be back for season five.