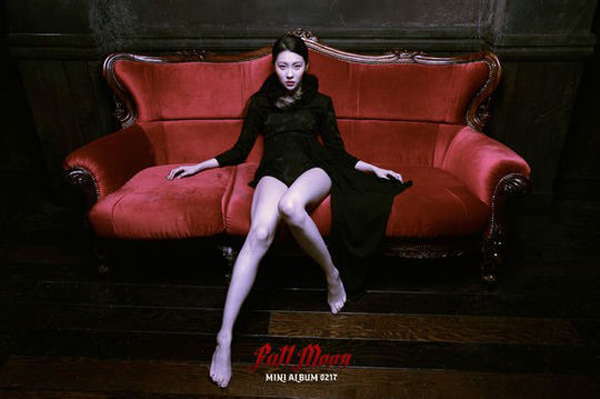 Singer Lee Sun-mi, 21, is back again with her new single “Full Moon,” which launched yesterday on online music outlets.

Although her hair is longer than in last year’s “24 Hours,” she is once again barefoot onstage.

Despite some stiff competition - like “Some” by So-you and Junggigo and Sung Si-kyung’s single from the soundtrack of the SBS drama “My Love From the Star” - Sun-mi’s single did quite well, topping several charts for a while in the afternoon.

“Sun-mi will reinterpret the vampire images through her new song. Fans will be able to enjoy her femininity and sexiness,” her agency, JYP Entertainment, said to the local media.