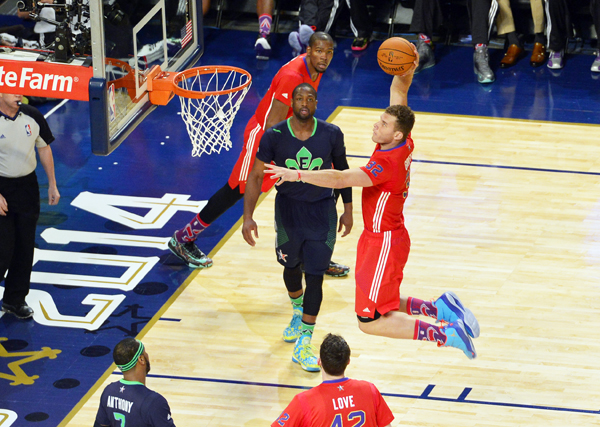 There was a hint of panic as Dwyane Wade wondered whether elder actually was the eldest.

But the Miami Heat star can relax. He’s not even the old man on the National Basketball Association’s Eastern Conference All-Star team.

But he’s close, and he can’t believe how quickly it happened.

“Me and [LeBron James], we were talking to [DeMar] DeRozan and Kyrie [Irving] and Paul George, and we were like, ‘When we came in we were in y’all’s position,’?” Wade said of a conversation he and James had earlier over the weekend with some of their teammates who faced the West on Sunday night in the All-Star game.

“It was the Jason Kidds, the Kevin Garnetts - these players that we have so much respect for were at the All-Star game. They were the older guys that had been around 10 years, and now we are. It’s crazy.”

Those were the perennial All-Stars in the NBA when Wade and James first started showing up in the midseason event about a decade ago.

“It’s a little sad. When I first got in, it was always Kobe [Bryant], Tim Duncan, [Shaquille O’Neal] was still every year, and now I’m the old guy,” said Dallas’ Dirk Nowitzki, the oldest All-Star, who will turn 36 in June.

Bryant, who sat out the game with an injury, is a couple of months younger. Brooklyn’s Joe Johnson, who turns 33 in June, was the oldest East player. Wade turned 32 last month.

Otherwise, this was largely a kids’ game.

“We’re babies coming up, we’re babies trying to just follow the path those guys set. Take the torch from those guys and try to improve ourselves and leave a statement on this league, and have a good career,” said 23-year-old John Wall, of Washington.

The rosters were loaded with players 25 and younger, including first-time starters George, Irving, Stephen Curry and Kevin Love, making some relatively young men feel rather old.

San Antonio’s Tony Parker is only 31, but that made him the senior citizen in a West point guard crop that included Curry (24), Portland’s Damian Lillard (23) and the Clippers’ Chris Paul (28).

The All-Star rosters change every year, but this felt like more than a changing of players. This year’s weekend marked the change of an era in the NBA.