Tragedies exist to be remembered

Tragedies exist to be remembered 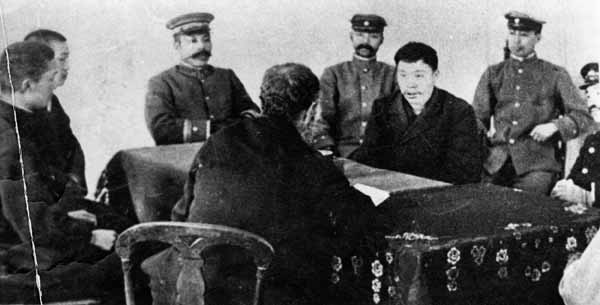 Feb. 14 marks the day when Ahn Jung-geun was sentenced to death 104 years ago for the assassination of Ito Hirobumi, Japan’s former prime minister and resident general of Korea. Lately, Koreans have become aware of the historical event that falls on Valentine’s Day, thanks to the opening of the Ahn Jung-geun Memorial at Harbin Station in China. The Gyeonggi Provincial Office of Education recently ran an advertisement in daily newspapers to publicize that Valentine’s Day is the anniversary of Ahn’s sentence. I have to confess that I only realized the significance of the day after reading the advertisement.

When I searched on the Internet, I easily found references noting that the day of sentencing coincided with Valentine’s Day. It is regrettable that not many of us know this. What about the eight Korean high school textbooks that were the source of a great controversy last year? Five of them only mention Ahn once, stating that he assassinated Hirobumi. Grown-ups have taught students to perceive Feb. 14 as a day to exchange chocolates.

The association of Valentine’s Day with chocolate originates from a confectionery company in Kobe, Japan. I visited Kobe in 2006, and the city still had notable traces of the 1995 earthquake. At the Port of Kobe Earthquake Memorial Park, I saw destroyed concrete structures and streetlights askew. The Future Center for People and Prevention shows close-circuit television footage of collapsing buildings and elevated roads during the earthquake.

However, Korean society doesn’t seem to remember the Seongsu Bridge disaster. The 4.5-meter (14.7-foot) tall memorial for the victims in a parking lot is the only structure commemorating the incident. There was a report that an adult products vendor does business there. The local authority may have blocked off the parking lot for the convenience of management.

But we need to teach history as it was, especially the painful chapters. Even the parts that are shameful must not be omitted. The Japanese rightists, who attempted to cover up their country’s crimes against humanity during the imperial era, must remember that. We also need to keep in mind the Seongsu disaster. The bridge collapsed in 1994, and this year marks the 20th anniversary of that tragic event.