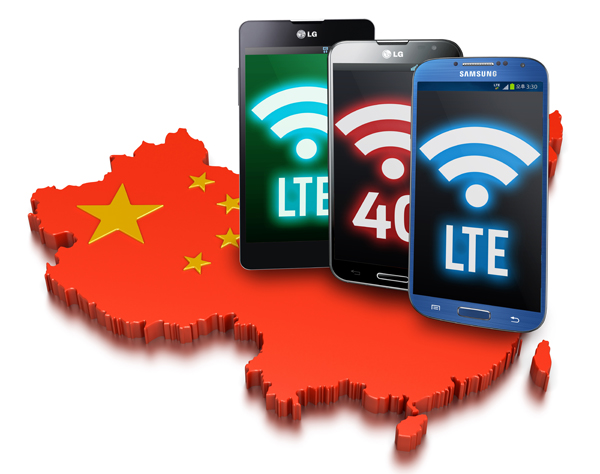 Competition in China’s smartphone market, already the world’s largest, is getting white hot as sales of advanced phones are forecast to grow more than five times this year.

In December, LTE phones accounted for only 6 percent of sales.

Next year, sales of LTE smartphones in China will account for half of the market at 231 million units. By the end of 2018, LTE phones are expected to account for 80 percent of the market, with 360 million phones sold. 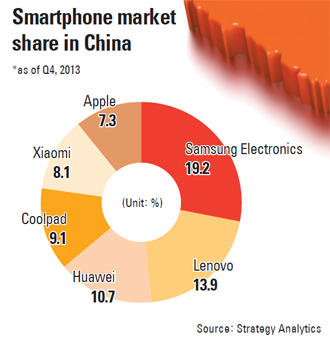 Although Korea uses a different standard, LTE-FDD, Samsung Electronics and LG Electronics have launched LTE-TDD devices in other markets.

Samsung Electronics launched a Galaxy Note 2 that runs on LTE-TDD last November, and a Galaxy S4 that can run on both LTE-FDD and LTE TDD is sold in Australia.

Samsung, which is currently the No. 1 smartphone vendor in China, is preparing to tap into the Chinese LTE smartphone market with the Galaxy S4 and Galaxy S4 mini.

LG Electronics is also aiming for Chinese market with its phablets like the G Pro.

Recently, LG reportedly started a compliance test of its Optimus G Pro models with China Mobile. It plans to launch the products in the first quarter after completing the test.

“As the smartphone markets in North America and Europe are saturated and the sales growth of smartphone manufacturers have been stagnant, the competition for the Chinese LTE market will become ever more fierce,” said a local market analyst.

“It is expected that local smartphone makers such as Samsung and LG, whose global smartphone market shares are high, will have an advantage in dominating the Chinese LTE smartphone market,” he continued. “For LG in particular, which has been inferior to Chinese smartphone vendors in the market, the 4G era could provide an opportunity to recover.”