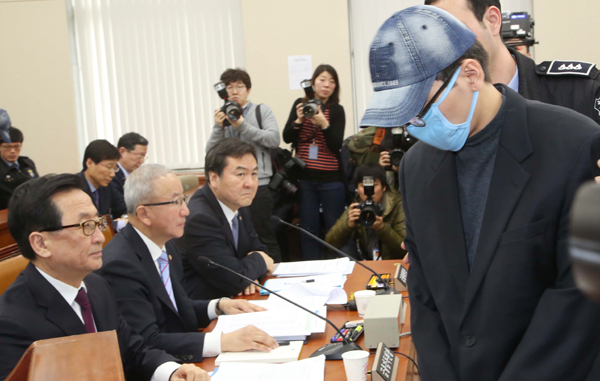 Public fears and anxieties about theft and abuse of personal data following the worst-ever leak in customer data from three major credit card companies heightened after reports that data involving nearly six million real estate transactions had been hacked and stolen from a website run by a private association of realtors over the past decade.

Lacking any legal grounds for doing so, the Korea Association of Realtors has been collecting, mining and storing information about individual properties and transactions through 6,200 member realtors who used the association’s electronic program to share information. The Ministry of Land, Infrastructure and Transport said it was unaware that the association was operating the electronic database and network.

After the JoongAng Ilbo reported on the hacking and leak, police raided the association office and began an investigation. The stolen information - which includes not only personal data like resident registration numbers and home addresses, but also private assets such as property ownership, prices of the properties and loans - could seriously breach civilian privacy and property rights. The police must hunt down whoever has been behind the theft and determine how and where the information was used in order to prevent further damage.

The case once again underscores our society’s poor security awareness, sloppy management and lax supervision involving personal information. The association confessed that it stored real estate trade information and contracts for 10 years in its database, though it is not supposed to hold more than a year’s data.

The association also has been collecting and storing the information without the knowledge or approval of individuals. Our information might be mined and distributed right at this moment without us knowing.

The government should carry out a comprehensive investigation on how and where private information is being stored and managed to raise security awareness. It should not only investigate the financial sector, but also hospitals and other medical-related centers, Internet businesses and the education sectors to help ease public jitters.