Today: As part of her Asia tour, Avril Lavigne is back in Seoul for the first time in three years.

It’s the Canadian pop star’s sixth visit to Korea, and this time she’ll be presenting songs from her fifth album, “Avril Lavigne.” The album includes her new hits “Here’s to Never Growing Up” and “Rock’n’Roll.”

Tomorrow to Sunday: Celebrated classical conductor Nan-se Geum is holding a concert with the Euro-Asian Philharmonic Orchestra. The program will feature famous pieces from a range of genres, including musical numbers from “Phantom of the Opera” and “Les Miserables.”

Saturday: Swiss flautist Emmanuel Pahud is coming to Korea with some musicians of the Berlin Philharmonic Orchestra. The 44-year-old was elected the youngest-ever principal flautist for the orchestra when he was only 22. He plays a diverse range of genres, including classical, jazz and contemporary pop, but his Seoul concert will focus on music from the Baroque period.

Saturday and Sunday: Brown Eyed Soul, the four-man R&B group, will hold a concert to commemorate its 10th anniversary. Earlier this month, the group released an EP titled “Always Be There,” its first new music in three years.

Saturday: The classical crossover group Il Divo, famous for its versions of songs from musicals like “Bring Him Home” from “Les Miserables” and “Music of the Night” from “The Phantom of the Opera,” is coming to Korea. The “popera” group is composed of tenors David Miller and Urs Buhler, baritone Carlos Marin and French pop singer Sebastien Izambard. 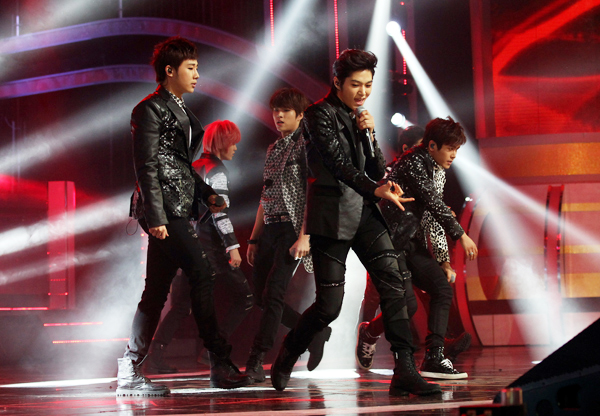 Feb. 28 and March 1: K-pop boy band Infinite will mark the grand finale of its first world tour in Seoul. The returning show presents the group’s repertoire that’s been pleasing fans all over the world.

Sunday: The Scottish Chamber Orchestra will hold a concert led by 30-year-old conductor Robin Ticciati. The curtain will raise with Mendelssohn’s “The Hebrides Overture,” a work inspired by the Scottish landscape. Chopin and Beethoven will also be featured.

To Sunday: This musical version of “Carmen” is not based on the famous opera by Georges Bizet and only slightly on the original novella by Prosper Merimee. With music by Frank Wildhorn, lyrics by Jack Murphy and Norman Allen, and direction by Gabriel Barre, the musical “Carmen” made its debut in 2008 in Prague.

To Sunday: Musical makeovers of dramas seem to be the trend these days. MBC’s popular drama “The Moon Embracing the Sun,” which ended in 2012, is presented as a musical for the second time. The drama, set in the Joseon Dynasty (1392-1910), was a big hit and gained much attention.

The musical also grabbed the spotlight for its cast, which includes Seo-hyun of Girls’ Generation, Kyu-hyun of Super Junior and musical actor Kim Da-hyun. Because the story is already quite familiar to Korean audiences, the musical focuses more on the set, clothing, lighting and choreography. 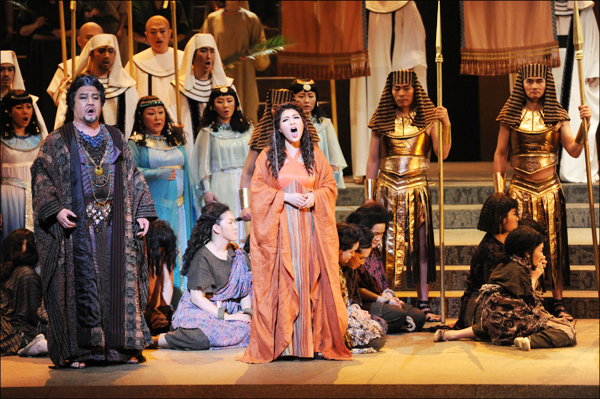 Tomorrow to Sunday: After wowing audiences in 2013, Verdi’s “Aida” is back for an encore showing in the same location, with most of the same cast and crew. The opera tells the story of a forbidden love between an Egyptian general, Radames, and a beautiful Ethiopian princess, Aida, who is enslaved in Egypt.

March 18 to May.11: Celebrating the 10th anniversary of its opening, Chungmu Art Hall will present the musical “Frankenstein.” Though main plot is based on Mary Shelley’s novel, the Korean version reinterprets the story.

April 10 to June 1: Musical “Le Roi Soleil” is about the early days of Louis XIV when he was still under the regency of his mother, Anne of Austria, before he pronounced himself the Sun King. Despite the historical subject, the musical is contemporary, using genres like rock and punk. 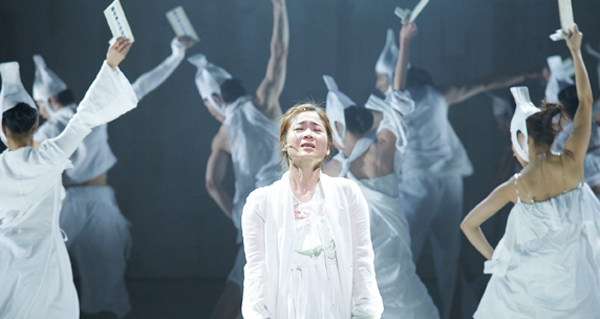 The Korean musical “Seopyeonje,” which tells a life story of pansori singers after the 1950-53 Korean War, will be staged from next month. See TRADITIONAL PERFORMANCE. Provided by the organizer

March 20 to May. 11: Based on celebrated novelist Lee Cheong-jun’s story, “Seopyeonje” tells the lifelong journey of pansori singers in the post-Korean War era.