IKEA’s arrival cause for cheers, concerns

IKEA’s arrival cause for cheers, concerns 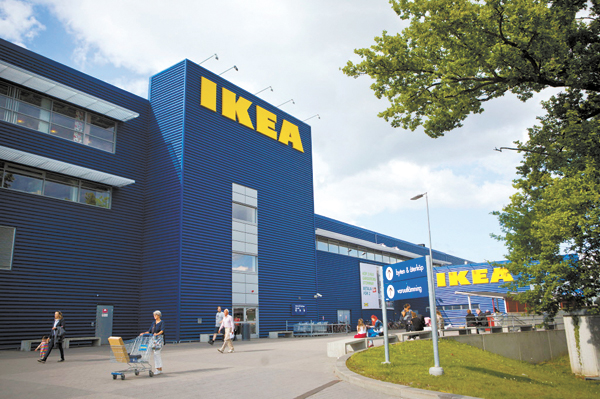 A 32-year-old office worker surnamed Kim often reminisces about the good old days when she lived in Germany in the late 1990s and went furniture shopping with her family at a nearby IKEA store. She remembers the wood scent that filled the air and the high ceilings that made her feel excited for no reason.

“The best thing about IKEA back then was that I was able to buy charming interior items to decorate my room at a very reasonable price,” she said with a smile. “IKEA items are always trendy and unique.”

When Kim returned to Seoul in the early 2000s, one thing that disappointed her was that there was no IKEA, a Sweden-based purveyor of furniture, appliances and home accessories.

After years of wishing, Kim will get what she always wanted by the end of the year.

According to IKEA Korea, the first store in the country will open in Gwangmyeong, western Gyeonggi, on a 78,000-square-meter (19.3-acre) site next to Gwangmyeong’s KTX station. The Swedish company received approval to open a branch in August. Ahead of the opening, IKEA recently launched a Korean website (www.IKEA.kr) and began hiring.

The first store will be just the beginning of operations in Korea for IKEA. The company announced late last month that it has bought 51,200 square meters of land in Goyang, Gyeonggi, for its second branch. In addition to that, a third branch is expected to open as soon as 2017 in Gangdong District, southeastern Seoul, although final approval has not been received.

“IKEA’s entrance into the Korean market will play a positive role in improving the overall quality of other furniture and interior accessories manufactured by local players,” said Kim. “Until now, I had a feeling that Koreans weren’t offered as many furniture and home accessory choices as consumers in other countries that have IKEA stores. This will change soon.”

As of last year, IKEA had 345 stores in 42 countries and has steadily expanded. The most recent store openings in Asia were in China, in Shanghai’s Baoshan District and Ningbo in Zhejiang Province.

Europe has the most IKEA stores with 248, followed by North America with 50 and Asia with 30.

With an ever-increasing number of stores, international sales for IKEA have been robust. Despite the global economic meltdown, IKEA sales in 2010 totaled 23.8 billion euros ($32.6 billion). That jumped to 29.2 billion euros last year, with the number of people visiting IKEA stores soaring from 669 million to 775 million over the same period.

“Many people in Korea have been waiting for IKEA,” said an industry source. “The opening of its first store in Gyeonggi will bring changes to the overall furniture manufacturing industry.”

That prospect, however, does not make everyone happy.

According to the Korea Furniture Association, Korea’s furniture manufacturers make about 10 trillion won in sales annually. And 20 percent of that is by Hanssem, Livart and Enex.

“Small furniture manufacturers and furniture-related retail merchants, in particular, are expressing concerns,” said an official from the association. “There is even an outlook that 50 percent of local small manufacturers will close [because of IKEA].”

The Park Geun-hye administration has been emphasizing “democratization” of the economy by helping small businesses compete against bigger players in a fairer environment.

The opening of an IKEA store in Korea has been a topic of concern for many because it would seem to run counter to economic democratization efforts.

Industry sources, meanwhile, note that big local players like Hanssem and Livart will be relatively less affected by IKEA because they already have diverse retail channels, from brick-and-mortar stores to home shopping channels.

Sales for the biggest manufacturers have also been steady in recent years.

“Just because IKEA is opening a store in Korea, it will not affect our overall strategy or industry paradigm,” said an official from Hanssem, the largest home-appliance manufacturer in Korea. Hanssem’s sales exceeded 1 trillion won for the first time last year.

“For the past 45 years, we have been providing consumers with quality kitchen equipment and interior items. We have strengths like after-sales service and high-quality products,” the official said. “What I mean by this is that, for example, just because IKEA opens in Germany, it doesn’t mean all furniture stores are bound to close.”