At LG, even boss cares about talent

At LG, even boss cares about talent 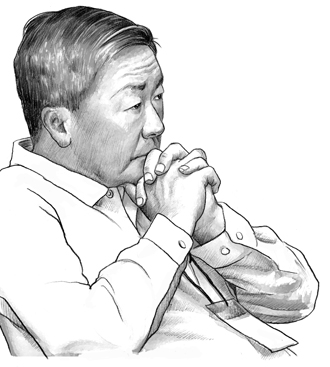 Koo ordered his conglomerate to attract science and engineering talent, particularly for research and development, and has been taking an active role in recruiting individuals since 2012.

“In order to discover outstanding talent, even CEOs will have to make direct contact to recruit them,” said the chairman in 2011.

“As R&D personnel are crucial for companies, to develop key technologies and products, the group focuses especially on science and engineering talent,” said an LG Group spokesman.

The gap between LG and Samsung has been widening since 2012 because LG’s smartphone sales, 20 percent of its total sales, started falling rapidly. The chairman emphasized strengthening competitiveness against Samsung and other global companies such as Nokia.

“LG has been seeing slow growth in the electronics industry,” said a local market analyst, “so it seems to finally have turned its eye to recruiting global talent that can reinforce fundamental research and development.”

The chairman is even showing up at job fairs.

Koo attended the LG Techno Conference, a job fair for postgraduate science and engineering students, along with CEOs of major affiliates. It has evolved into a prominent job fair since it started in the U.S. in 2012.

The joint job fair held by LG affiliates tries to attract talents to their research and development sections. Along with the CEO and chief technology officer (CTO) of LG Electronics, bosses of major affiliates attend the conference each year including LG Display, LG Innotek, LG Chem, LG U+ and LG CNS.

Koo attended the conference in April 2012 and March 2013 and had dinner with potential recruits. He plans to attend a conference this month in Korea and another in April in the United States.

“This conference is not only to hire people for our R&D sector, but also to share the common research areas that could overlap with the studies that the science and engineering students do or they might be interested in,” said the group spokesman.

Following the chairman’s order, CEOs of LG affiliates are getting serious about recruitment, and the vice chairman of LG Chem, Park Jin-soo, headed to the Marriott Hotel in Teaneck, New Jersey, on Feb. 15.

He invited master’s and doctoral students to the BC Tour & Tech Fair, an event in which Park introduces the company’s research areas to students and holds career counseling. Around 40 master’s and doctoral students from the top 10 universities in the United States, including Massachusetts Institute of Technology and Georgia Institute of Technology, attended.

LG Global Challenger, held since 1995, sends undergraduate and graduate students to various places overseas to write reports. It hires the writers of the best reports.

Koo expanded the number of students sent abroad from 90 to 120 in 2004 so that they can learn from other countries.

“From research and development talents to youth employment, the chairman is enthusiastic in fostering human resources, appreciating the innovative, creative and challenging spirit of young talents,” said an LG spokesperson.