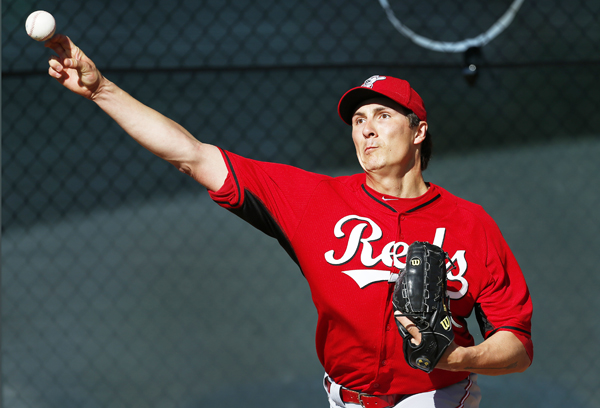 Starter Homer Bailey agreed to a $105 million, six-year contract on Wednesday that avoids arbitration and will help the Cincinnati Reds with their cash flow by deferring some of the salary for short periods. The deal includes a $25 million mutual option for 2020 with a $5 million buyout.

Bailey was the final major league player left in arbitration this year and reached the agreement a day before his scheduled hearing in Florida. He made $5.35 million last season and had asked for $11.6 million in arbitration. The Reds had offered $8.7 million, their biggest gap among its players in arbitration.

The 27-year-old Texan was coming off a season that included his second no-hitter.

If he is traded, his new team would have to pay all of the salary amounts during the season. Also, the $5 million buyout would be paid when either side decides not to exercise the option rather than having it deferred until November 2020.

The Reds planned to discuss the deal on Thursday. Bailey declined to comment on the agreement after a workout on Wednesday.

Teams won two of three cases that went to hearings, with the Indians beating pitchers Vinnie Pestano and Josh Tomlin and pitcher Andrew Cashner winning his case with San Diego. Owners have a 293-215 margin since arbitration began in 1974.

Bailey went a career-best 13-10 with a 3.68 ERA in 2012, completing his breakthrough season by throwing a no-hitter in Pittsburgh on Sept. 28. He followed that with the 16th no-hitter in franchise history last June, a 3-0 win over San Francisco at Great American Ball Park.