‘Some’ still atop music charts

‘Some’ still atop music charts 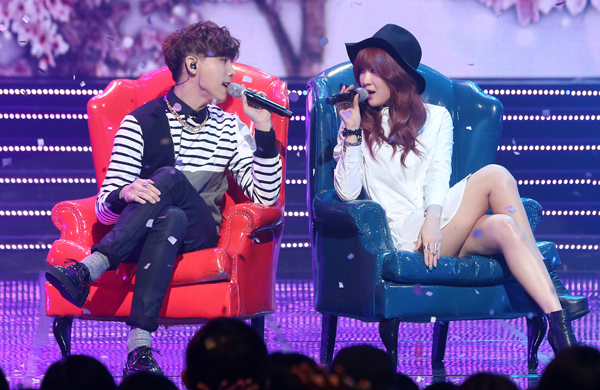 “Some,” a recent collaboration of So-you from the girl group Sistar and hip-hop artist Junggigo, took the No. 1 spot in several online music charts for 17 days since its release, according to local media yesterday.

Since its release on Feb. 7, “Some,” has topped music charts such as Melon and Olleh Music, knocking off some strong players, such as SM the Ballad’s “Breath” and soundtracks from the movie “Frozen.”

Music insiders say the song’s lyrics about a man and a woman on the verge of starting a relationship evoked sympathy from many listeners.