Yu-ri, golfer in U.S. get hitched

Yu-ri, golfer in U.S. get hitched 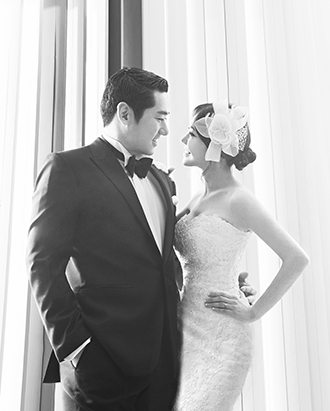 Yu-ri, 37, a member of the trio Cool, tied the knot with a groom six years her junior on Saturday, according to local media.

Surnamed Seo, the groom is reportedly a golfer in America and has a golf-related business.

“I decided to marry him for his diligent and sincere aspects,” the singer said at her wedding in Nonhyeon-dong, southern Seoul.

“We have been dating for four years, but we were apart from each other most of the time. Now, I want to be next to him and support him.”

The father of the groom officiated the wedding and comedians Jung Jun-ha and Yun Jung-soo were the hosts. Baek Ji-young, who is known to be Yu-ri’s close friend, sang.

Yu-ri and her husband plan to go on a backpacking trip in Korea for their honeymoon. Upon their return, she is going to live in the United States for a while.