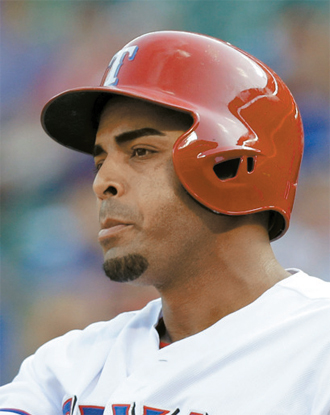 Free agent Nelson Cruz and the Baltimore Orioles have reached agreement on a one-year deal, giving the slugger a fresh start after his drug suspension.

A person familiar with the agreement told the Associated Press on Saturday that Cruz will earn about $8.5 million and can make more in performance bonuses.

The person spoke on condition of anonymity because the contract wasn’t complete. Other media outlets had reported that a deal was in place.

The 33-year-old Cruz was suspended 50 games last year while with the Texas Rangers as a result of Major League Baseball’s investigation into the Biogenesis drug scandal. He returned from the penalty in time to play one game - he went 0 for 4 in the Rangers’ loss to Tampa Bay in a tiebreaker for the second AL wild-card spot.

Baltimore began full-squad workouts at spring training earlier this week, and Cruz was among the last prominent free agents to find a team.

Manager Buck Showalter’s team opened camp still in need of a designated hitter, preferably someone to join major-league home run champion Chris Davis in the lineup. Cruz may well find the cozy dimensions at Camden Yards to his liking - he is a career .333 hitter with two homers and nine RBI in 81 at-bats at the ballpark.

Baltimore signed Delmon Young to a minor-league contract in the offseason and also was looking at free agent Kendrys Morales.