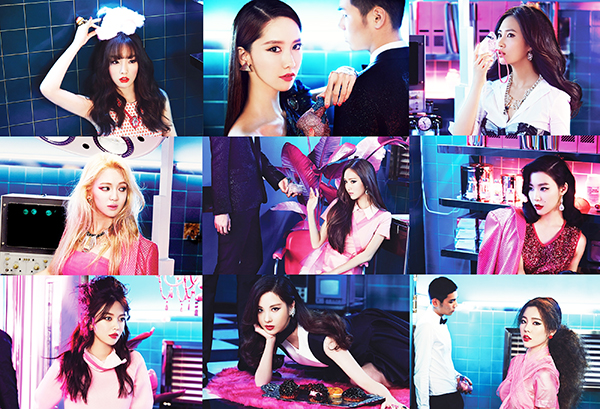 With the Internet release of Girls’ Generation’s fourth mini-album on Monday at 5 p.m., its lead-off single “Mr. Mr.” raced to the top of the online music charts.

In the first day since its launch, “Mr. Mr.” hit the No. 1 position on nine of Korea’s top online music charts, including Melon, Bugs, Olleh Music and Naver Music.

In addition, other tracks from the album, such as “Goodbye,” and “Wait a Minute,” were spotted on the various charts.

Listeners are saying that the collaboration between SM Entertainment’s leading girl group and renowned music producers and choreographers is also noticeable. The Underdogs, a production team that has worked with artists like Beyonce, Chris Brown and Mary J. Blige, and choreographer Jillian Meyers helped shape the album and the performance style.

The CD version of the album is set to be released on Thursday.