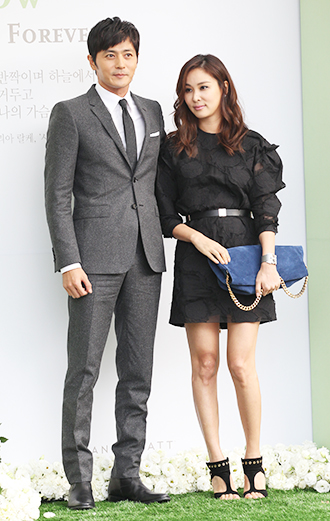 Top celebrity couple Ko So-young and Jang Dong-gun became parents for a second time yesterday, when Ko gave birth to a daughter, according to local media.

Both mother and daughter are said to be in a healthy condition. Jang, who has been abroad filming his new movie, “Crying Man,” reportedly flew right back when he heard that his wife had gone into labor.

Ko and Jang married in May 2010 amid much hoopla because the two had long been among the top celebrities in Korea. Their son, Joon-hyuk, was born in October 2010.

The 41-year-old actress appeared in the MBC documentary “Dreams of Mothers” last December, telling stories of single mothers who were doing their best to raise their children.