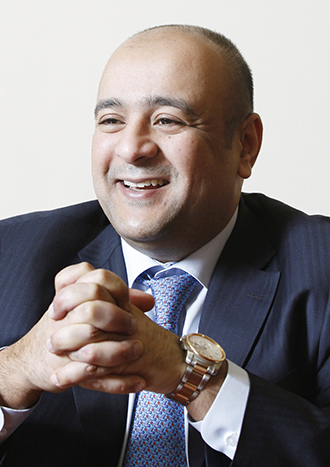 The reputation for most nations situated around the Persian Gulf usually centers on oil production. But Jasem Mohamed Albudaiwi, Kuwait’s ambassador in Seoul, said he’s also focused on increasing cultural exchanges and personal interactions to convince Koreans that there’s more to his native country than petroleum.

Last year was significant in this regard. An exhibition at the National Museum of Korea that featured an array of ancient artifacts from Kuwait’s royal family attracted more than 120,000 visitors. Kuwait’s envoy stated that this was a testament to Koreans’ curiosity about and interest in Islamic art and culture and vowed to keep up that momentum.

The Korea JoongAng Daily recently sat down with the ambassador to discuss his objectives and his assessment of bilateral relations between Kuwait and Korea.

Q. You took over this position at the end of last year. When you started the job, what were your major objectives as Kuwait’s new ambassador in Seoul?

A. Korea and Kuwait have had great relationships based on mutual respect in different sectors. So my main vision is to make sure that the Kuwaiti people and Koreans can build more amicable relations through various cultural and personal contacts. To this end, I’d like to encourage the Kuwaiti government to do two things: First, I want to have more students from Kuwait come to Korea and experience a quality education here. Second, I hope that the two countries will enhance cooperation in the health care service sector.

As for education, I will persuade the government to send more students for admission here to study in higher-education institutions. Korea’s quality of education is well known around the world, so I want Kuwaitis to experience this decent education system.

Last month we invited Najat Al-Mutawa, who is the dean of the College of Education at Kuwait University, to Korea. While she stayed in Korea over the week, she visited its five major universities to seek cooperation with them. Those schools include Hankuk University of Foreign Studies, Ewha Womans University and Korea University. She also met high-ranking officials from the Ministry of Education.

I believe she now has a clearer picture of what the Korean education system is like. Based on that knowledge, she’ll be able to come up with a plan to create certain programs with Korea’s educational institutes.

What about the initiatives that you have in mind for the health care sector?

Cooperation in the health care sector is divided into three categories. First, we need to bring Kuwaiti patents here to make use of advanced health institutions in Korea. I’ve seen many GCC [Gulf Cooperation Council] countries [Bahrain, Kuwait, Oman, Qatar, Saudi Arabia and the United Arab Emirates] benefit from the sophisticated medical services here. Korea’s hospitals are known to be very hospitable toward foreign patients. So I want to follow suit.

The second objective is to give Kuwaiti doctors opportunities to train in Korea. We have a very small number of health professionals right now. I want to have a greater number of doctors training through different fellowship programs.

The third concerns the medical and pharmaceutical industry. Kuwait buys a variety of products from Korea, but we want to import more medical equipment and technology.

You stressed the importance of cultural exchanges. What do you think is the biggest achievement in that sector?

Last June, we had a very significant milestone when it comes to cultural ties between Kuwait and Korea. The National Museum of Korea held an exhibition called “Art From the Islamic Civilization,” where a slice of more than 300 artifacts possessed by the House of Sabah, Kuwait’s royal family, was displayed.

The displayed works included jewel accessories, craftworks made of glass and metal, wide carpets. In an opening ceremony, Korea’s culture minister, the princess of Kuwait and the Kuwaiti minister of information all celebrated the event. The exhibit - which ran for three months - was well-received by the public, attracting 120,000 visitors to the museum. This shows a greater interest in Islam and Arab countries, including Kuwait.

What do you have to say about Korean pop culture in your country?

If you go to Kuwait and other Arab countries, there is growing popularity in Korean dramas. Many people, especially teenagers, are very much interested in Korean pop culture. They know how to sing the songs even if they don’t understand the lyrics. They also watch Korean dramas. So now you can see the number of tourists from Kuwait increase. And I think this is because Kuwaiti people want to visit the places where those popular dramas are set.

Korean construction companies won a series of huge deals in Kuwait, and Kuwait is also a major exporter of oil to Korea. What keeps the two countries close in the business sector?

Korean companies maintain an active presence in Kuwait, undertaking construction on some of the biggest development projects. In 2010, a Korean group led by Hyundai Engineering and Construction won the bid to design, build, operate and maintain a bridge in Kuwait, one of the country’s biggest infrastructure projects. The group is now overseeing the project to build the Jaber Al-Ahmad Bridge for $2.6 billion.

There are other projects under way, too. Besides business contracts, we have Kuwaiti trainers in Korea, where they learn refinery technology.

The reason why the two countries can maintain good business relationships lies in trust. For example, when Kuwait exports oil to Korea, we set reasonable prices. And if issues arise in the oil supply, we are willing to solve the problems. Korean construction workers began working in Kuwait in the 1960s. So I believe the two countries have developed extraordinary trust since then, laying the foundation for future relations.