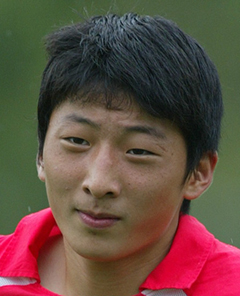 Korea’s human rights commission has ruled that six football coaches in the women’s K-League, or WK-League, sexually harassed forward Park Eun-sun of the FC Seoul City Amazones by requesting that she take a gender examination.

In a marathon meeting held by the National Human Rights Commission on Monday, the agency concluded that the words spoken and requests made by the coaches clearly humiliated the 26-year-old striker sexually.

“The coaches said Park needs to be tested medically to clarify her gender,” the agency said. “It clearly questioned her gender. We judged that such words have definitely made Park humiliated, not only as a human being, but also as a woman.”

The commission added that it has advised the president of the Korea Football Association to punish the coaches in accordance with the league’s regulations and to provide the Ministry of Culture, Sports and Tourism, the Korea Olympic Committee, and the Korea Women’s Football Federation with measures that could prevent other players from being sexually harassed.

In a closed-door meeting at the office of the KFA in Jongno, central Seoul, in October, the coaches agreed to file a complaint with the KFA to ban Park from playing in the league until her gender is verified. They notified Oh Gyu-sang, the chairman of the Korea Women’s Football Federation, before they decided to file a complaint with the KFA. Some of the coaches said they would boycott league games if the KFA didn’t comply with their demand. The complaint has not yet been filed.

Park is 180 centimeters (5.9 feet) tall and weighs 74 kilograms (163 pounds). She has been nicknamed “the Park Chu-young [a FC Watford striker] of the women’s league.” She was selected as a member of the women’s national football team at the age of 16 during the 2003 World Cup in the United States and was the leading scorer in the 2004 U-21 Football Championship. Park also played for the national team in the 2004 Athens Olympics and the 2005 East Asian Cup.

Fans strongly criticized the coaches, saying they are trying to eliminate the league’s best striker in order to win more games. Park was the league’s leading scorer last season with 19 goals, and she led the Seoul city government football team to a second-place finish. Football analysts say the coaches’ claim isn’t rational because they never complained about Park before the season.

After the issue was brought up, the FC Amazones submitted a petition to the human rights commission last year, saying, “Requesting such a test on a player who has played more than 20 A-matches, including the 2003 U.S. Women’s World Cup, is a serious human rights violation and verbal sexual harassment.”

But it looks like Park is still in misery. The women’s football federation recently tried to set up a meeting between the coaches and Park, but she refused to meet them. “The coaches never gave her a call or sent a text message with an apology,” said FC Amazones coach Seo Jeong-ho. “I think she isn’t emotionally ready to forgive them.”

The bigger problem is that she has been struggling in the league since the scandal. She was the top scorer last season, but she scored only two goals in 13 matches this season. “She is having a tough time controlling herself since that time,” Seo said.

The women’s national team left for Cyprus on Tuesday to compete in the Cyprus Women’s Cup, but Park wasn’t included on coach Yoon Deok-yeo’s roster. “When I looked at her play in recent matches, she wasn’t in good shape,” Yoon said. “The decision [excluding Park from the team] wasn’t influenced by the human rights commission’s judgment. I will call her up anytime she is back in good shape.”

Sources who know Park said she is willing to move to a foreign league. She previously received interest from teams in Japan, Germany and the United States but preferred to stay in Korea. “I think she changed her mind recently due to the scandal,” Seo said. “She has said several times that she wants to play overseas. It looks like she doesn’t want to face those people who gave her such a nightmare.”