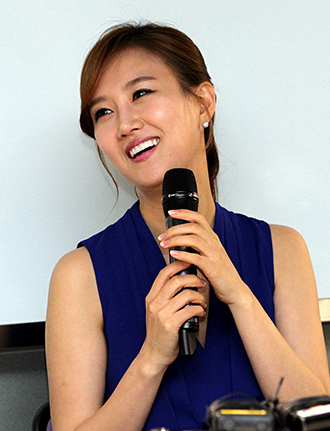 Trot singer Jang Yun-jeong may quit her hosting duties on the SBS singing program “Challenge 1,000 Songs” in order to focus on her soon-to-be-born child, according to local media reports yesterday.

An official from her agency said that Jang has been debating this issue for a while and would like to continue hosting the program for now, at least until a successor is chosen.

The 34-year-old singer hosted the show for about a year and a half, beginning in 2006, then returned in 2009 to co-host the show with comedian Lee Hui-jae. She’s been there ever since.

Jang married KBS announcer Do Kyung-wan last year. She went public with her pregnancy in December.