The One blends heartache with love in new album

The One blends heartache with love in new album 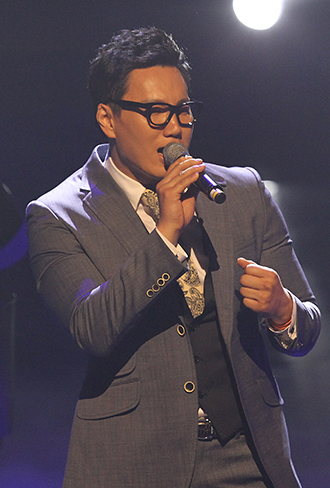 The One, one of Korea’s strongest vocalists who rose to public fame after appearing on MBC’s singing competition “I Am a Singer 2” in 2012, will release his fifth album in March, according to an exclusive report from Ilgan Sports, an affiliate of the JoongAng Daily.

“The album contains a specific message we want to convey to listeners, which is to consider a breakup as part of love although it may not be a happy ending. We wanted listeners to feel empathy with the songs,” said an official from the singer’s agency, Keyeast Entertainment.

The album, titled “Who’s The One I’m The One,” is the singer’s most recent album release since 2011. He reportedly tried to blend in his personal love and also breakup experiences on the album.

The One has also contributed to a lot of drama soundtracks, such as SBS’s drama series “That Winter, The Wind Blows” and the MBC drama “Gu Family Book.”