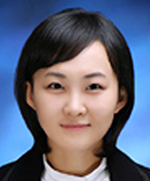 After President Park Geun-hye announced her plan to launch a committee in preparation for unification on the peninsula, reporters were quick to ask the Ministry of Unification spokesman, “What’s the difference between the roles of the new committee and the Unification Ministry?”

The functions of the committee, ministry spokesman Kim Eui-do answered, won’t overlap with those of the ministry, which has always been in charge of all inter-Korean affairs as well as policy-making in regard to unification.

“The committee will basically work toward gathering public opinion over preparations for unification,” Kim said at a daily briefing yesterday. “But the Unification Ministry is in charge of overall policy-making, under the goal of laying a cornerstone for the era of unification on the Korean Peninsula.”

However, just a day before, Min Kyung-wook, the Blue House spokesman, said that the committee will take the lead in inter-Korean affairs.

“Because the committee is directly under the control of the presidential office, the Blue House will be at the center of its work, making specific action plans and announcing their implementation,” Min said at a briefing.

Lately, a number of questions over the apparently waning power of the Unification Ministry have been raised, leading to concerns about its decline.

A recent example, which resulted in some confusion, was when North Korea requested a Blue House official to serve as its counterpart in high-ranking talks held on Feb. 12 and Feb. 14 at the border village of Panmunjom.

However, it was a Unification Ministry official who came to the table with North Korea and served as chief negotiator.

Concerns resurfaced earlier this month when Chun Hae-sung, a high-ranking ministry official, was dismissed from his position as the defense strategy secretary for the Blue House’s presidential office of national security just a week after he was appointed.

The Blue House explained at the time that it withdrew the appointment because it was important that Chun remained in the Unification Ministry as a key figure. But rumors spread that Chun, known to be a dove when it comes to North Korean issues, may have clashed with Blue House hawks.

In fact, under the liberal administrations of Kim Dae-jung and Roh Moo-hyun, the Unification Ministry was one of the most powerful ministries, leading overall inter-Korean affairs.

In its heyday in 2007, it had 552 officials in its headquarters in the Central Government Complex in Seoul and oversaw family reunions, Mount Kumgang tours, a series of high-ranking talks with Pyongyang, humanitarian aid programs as well as cultural and sporting events.

Former President Roh Moo-hyun even appointed Lee Jong-seok, the unification minister at the time, as chairman of the National Security Council (NSC), despite strong protests from conservatives at the time.

The decline of the Unification Ministry is primarily due to the criticism over the so-called Sunshine Policy, a conciliatory effort to encourage change in North Korea through aid and dialogue, mainly from conservative politicians.

In 2008, newly elected President Lee Myung-bak considered shutting down the Unification Ministry and merging it with the Ministry of Foreign Affairs, arguing that the Sunshine Policy only helped Pyongyang in developing its own nuclear arsenal.

Yet despite harsh backlash from civic groups and opposition lawmakers, the ministry survived under the Lee administration.

But inter-Korean relations abruptly deteriorated following two major military clashes between the Koreas: the sinking of ROK’s Cheonan warship in March 2010, which killed 46 Southern sailors, and the deadly shelling of Yeonpyeong Island in November 2010, which left four South Koreans dead.

In the aftermath, President Lee declared what came to be known as the May 24 sanctions, which froze all government-level cooperation and business with North Korea, leaving Unification Ministry officials with little to do.

During frosty inter-Korean relations, the number of officials dropped, leaving just 210 as of September, according to government statistics.

Now, under the Park administration, the Unification Ministry appears to be dragged by the Blue House on inter-Korean affairs, particularly in light of its miscommunications with the presidential office.

Last April, for example, Unification Minister Ryoo Kihl-jae said in a statement that “North Korea should come to the dialogue table.” But, he noted, “this is not a proposal for official talks.”

However, later that same day, President Park contradicted the minister’s remarks, saying that his statement had been a proposal for talks.

So although both ruling and opposition politicians have welcomed Park’s new preparation committee, several Democratic Party lawmakers have speculated that the Unification Ministry could be edged out by that panel on overall inter-Korean issues.

“Even now, the Blue House is exclusively leading the talks [with Pyongyang],” said Woo Sang-ho, a Democratic lawmaker.

“If the presidential committee, which many analysts from the private sector would join, becomes the window for inter-Korean dialogue, what would the current window do?”