In ‘Manshin,’ shaman’s life is linked to Korean history

In ‘Manshin,’ shaman’s life is linked to Korean history 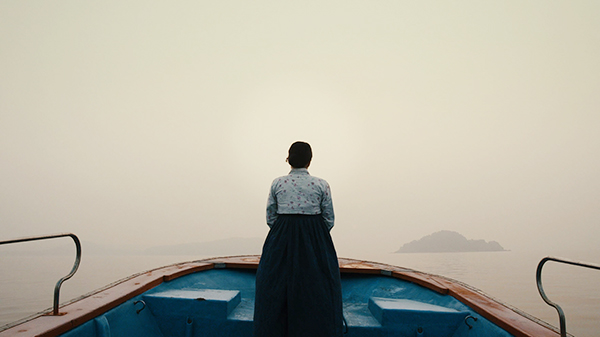 “Manshin” is the tale of a lonely little girl who finds herself and learns how to help others through her gift of shamanism.Provided by All That Cinema

An 82-year-old shaman and a 49-year-old film director.

The two seem an unlikely pair on paper, and in person even more so as they pose for the cameras, one in a colorful hanbok (traditional Korean clothing) and bright red lipstick, the other in a somber suit and unkempt hair. The tie that binds them together is the part-drama, part-documentary “Manshin: Ten Thousand Spirits” (which is an honorific for a shaman), a biopic of Kim Keum-hwa, one of the nation’s Important Intangible Cultural Heritage assets.

He’s made two short documentaries devoted to her life already, but this time it’s a feature-length film that pieces together her forlorn and tumultuous childhood in North Korea to an adult life filled with persecution in the South.

With the opening date looming, Park said he knew he had some big shoes to fill.

“I’m crazy, I know,” Park said Monday. “I knew I was going to be compared, but I plunged in anyway.”

But the temptation for Park to tell Kim’s tale was too strong, even though he had only five or six years of directorial experience under his belt. 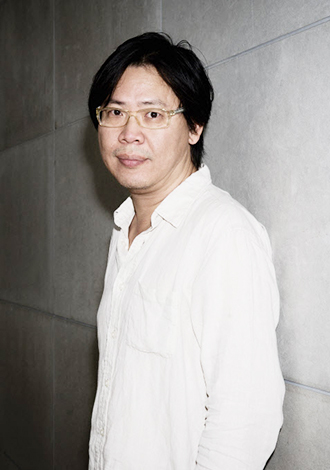 “I’ve always been interested in stories about women, and in particular grandmas and young girls,” said the tall, burly filmmaker, who looks as far removed from the other sex as one can get.

“Take a grandma, for example. They are run by their husbands at home and in society by other governing forces; they have no power. And because of this they are so earnest in all they do. Go to any temple or church and when you watch them pray, you realize no one can beat them at fervent prayer,” said Park, adding that he was as equally entranced by the “vulnerability, sensitivity and imagination” of young girls just as much.

Park’s fascination with the underdogs of Korean society has kept him interested in the oppressed for a long time, which is perhaps why he was so drawn to Kim’s tale.

Through actresses Kim Sae-ron, Ryu Hyun-kyung and Moon So-ri, and of course interviews with the shaman herself, Park weaves in and out of a life wrought with pain - that of Kim and those around her.

“The shaman life is built on a lot of pain. That’s why a lot of homosexuals and those who have been marginalized often are drawn to shamanism,” said Park, who described Kim’s life as “the contemporary history of Korea.”

With the aid of colors, nature and the powerful beat of the drums that accompany a gut (traditional Korean exorcism), the documentary is a feast for the senses, even if at times the spectacles seem too far-fetched.

“There are definitely moments when you do question the credibility of it all,” Park said about some 40 rituals that he’s seen Kim preside over, from appeasing unsettled spirits that still roam the earth to the blessing of fishing boats.

“A shaman is not all that different from an actor,” said Park, likening the gut to a performance. “They have to assume the role of so many gods and spirits, and it is as much art as it is a spiritual experience. A good shaman is one who blurs the lines between the two worlds.”

But the one thing that Park wants the audience to know - with the religion, spiritualism and history aside - is that the film is “a tale of a lonely little girl who had nothing and comes to find, through what appears to be lunacy, how she can help people through her gift.”