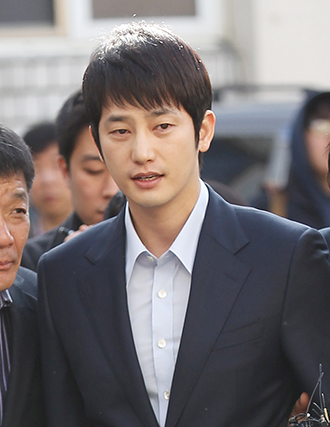 Industry insiders said the final decision hasn’t been made yet, but as long as there are no unexpected mishaps, it seems his appearance will go ahead.

“Golden Cross” is a revenge story about a man who tries to get his family back together after being falsely accused of a terrible crime.

The series is being written by Yoo Hyun-mi, who also wrote KBS’s “Bridal Mask,” and is produced by Hong Suk-goo of “Cheer Up, Mr. Kim” and “Mary Stayed out all Night.”

Park will play the male lead, Kang Do-youn, the man looking for vengeance.

The 35-year-old actor came under fire last year when a 22-year-old woman accused him of rape. Although she later withdrew the charges, Park has not appeared on TV since.