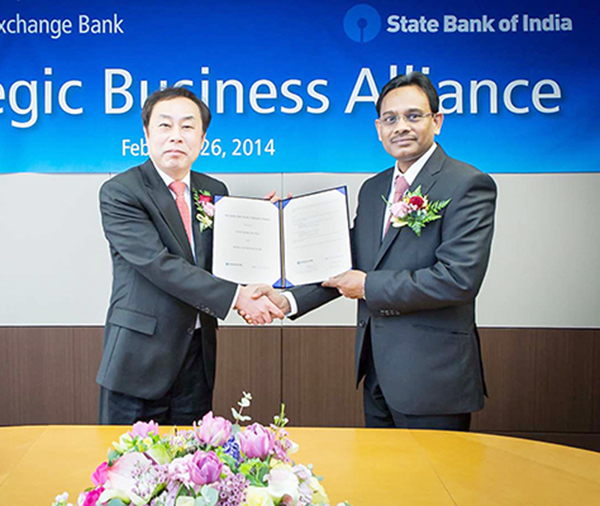 Shin Dong-hoon, left, the chief of the Korea Exchange Bank’s trade business and e-banking department, celebrates with Surendra Reddy, chief of the State Bank of India’s Hong Kong office, at KEB’s headquarters in central Seoul. The banks signed an agreement on Wednesday to form a strategic alliance on trade finance and foreign exchange. The state-run SBI is India’s largest bank and the 61st largest in the world. KEB has been working on solidifying its presence in the Indian market and is preparing to open a branch in Chennai later this year. Provided by KEB