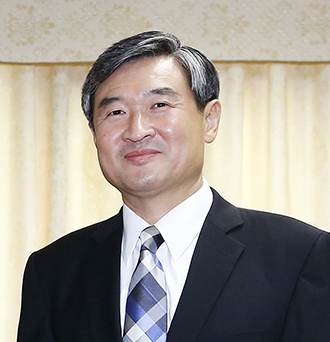 Cho Tae-yong, 58, South Korea’s top envoy to the six-party talks aimed to denuclearize North Korea, was appointed as the first vice foreign minister to replace Kim Kyou-hyun, the president’s spokesman said yesterday. This comes at a time when President Park has put greater emphasis on her unification policy.

The position became vacant earlier this month after former Minister Kim was appointed as deputy chief of the Presidential Office of National Security and head of the secretariat of the National Security Council.

Cho, a career diplomat from Seoul who worked in the Ministry of Foreign Affairs for the past 34 years, has worked as the special representative for Korean Peninsula peace and security affairs since June.

“Nominee Cho was chosen for his experience taking key posts as a career diplomat at the Foreign Ministry over 34 years,” Blue House spokesman Min Kyung-wook said at a briefing yesterday.

“He not only has plentiful expertise but has superb skills in diplomatic negotiation and the ability to manage an organization.”

Park Kyung-kook, 56, the chief of the National Archives of Korea, was named as first vice minister of the Ministry of Security and Public Administration, according to the Blue House.

Spokesman Min said that Park is “recognized for his administrative capability” and noted that he is known “to have abundant ideas, excellent abilities to cope to pending issues and holds leadership skills based on dialogue.”

The position became vacant after the former vice minister of public administration, Park Chang-woo, stepped down to run in the upcoming June 4 local elections.

Park is a native of North Chungcheong and spent 33 years in civil service, starting out in the provincial government.

Meanwhile, Kim Kyung-sik, 54, the presidential secretary for land, infrastructure and transport, was named the first vice minister of the Ministry of Land, Infrastructure and Transport after Minister Park Ki-pung expressed his intentions to resign.

A Daegu native, Kim passed the civil service examination in 1983 and was selected based on his “plentiful experience and expertise in the areas of construction and housing,” said Min, “as well as his smooth business-coordination skills, planning abilities and his initiative in handling tasks.”