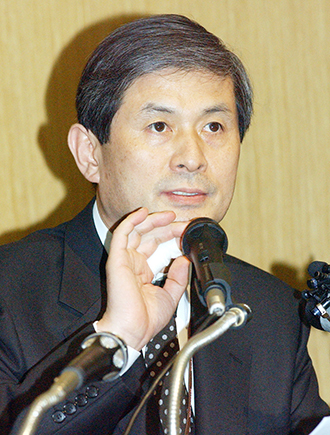 The decision rejected a lower court’s ruling that Hwang be reinstated at Seoul National University.

“If we don’t give him a strict punishment, it will be difficult to enforce discipline on other researchers and hard for Seoul National University and scientists to restore the public trust in their reputation,” the court said in its verdict. “So, given this, we can’t say the punishment given by the university was wrong.”

Hwang, who was a veterinary professor at the elite university, lost his job in April 2006 after he was suspected of embezzling government funds and breaking bioethics laws.

“As a professor at the state-run university, he was required to be diligent, honest, ethical and moral,” the verdict read. “Particularly, when it comes to scientific research using human embryos, he needed to pursue honesty.

“As the chief director of his research, he neglected to control the entire process and ordered [researchers] to manipulate a wide range of experiment data and faked his report,” it continued.

“Even considering his achievements in the field of animal cloning, Seoul National University did not abuse its power in punishing him.”

Following the allegations that Hwang manipulated data in his report and illegally obtained human ova for his research, the university launched its own probe into the scientist in 2005, firing him a year later.

Hwang argued the university’s investigation on him did not use credible evidence and filed a lawsuit demanding his job back.

In July 2010, he lost the initial trial, as the court sided with the university.

In 2011, however, he won the appeal, with the appeals court saying, “The situation on his alleged manipulation of his thesis was not fully verified, so it was too much to punish him only because he was the chief director.”

In yesterday’s judgment, the Supreme Court also upheld a previous ruling that convicted Hwang of embezzlement and fraud, giving him an 18-month suspended sentence and two years of probation.

Separately from the Seoul National University case, Hwang was convicted of exaggerating his research results and embezzling 2 billion won ($1.87 million) in sponsorships.