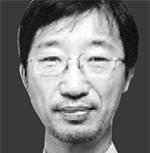 The 13-digit numbers that are bestowed upon all South Korean citizens at birth have become a common enemy. Under one study, as soon as resident registration numbers containing information about gender, birthplace and home addresses were computerized in 1991, information on 150,000 citizens was hacked and handed over to loan sharks. Up to today, about 374 million cases of personal data have been leaked by thieves digging into resident registration numbers and seized by both legitimate marketers and fraudulent payday lenders, con men and other criminal groups. The scope of the damage is unimaginable when considering those in the same industry share and exchange the information among themselves.

Whenever hackers steal from computer networks and customers’ data is breached, the government’s response has been reactionary and makeshift. It was uncoordinated and sloppy in a recent leak of unprecedented proportions. The government announced that it will crack down on the reckless mining of resident registration-number-related information and encourage more online transactions via an Internet identification number that does not contain personal data.

But none of these measures can undo the harm that has already been done. At this moment, our registration numbers float around in cyberspace and are random prey for voice phishing, spam messaging, advertising and social engineering maneuvering. We live in constant anxiety that anyone could impersonate our identities to borrow money or commit illicit activities.

What is imperative is a fundamental revision in the universal and over-reliant resident registration system. The numbers already leaked should no longer be legitimate because they have the potential to threaten and undermine public administration and social order. All South Korean citizens were required to bear a single resident number until death in order to differentiate them from North Koreans after spies from the North raided the Blue House in 1968 in an attempt to kill the president. But nowadays, the identification numbers can be forged and abused for clandestine activities.

People worry about the chaos that would occur if the resident registration number system is changed or replaced. During the last 10 years, 240,000 people gained approval to change their numbers. More than 1.2 million people also changed their names. Yet their lives, as well as our administrative system, were unaffected.

If the resident registration number system is scrapped, it won’t be as inconvenient and costly as many fear. In today’s society, we have many other numbers to verify our identification, such as the numbers on our driving licenses, passports, employee cards and bank accounts. Our registration numbers could easily be erased from the databases where they are stored and other serial numbers could be used for identification purposes.

For administrative work, databases need to be shared, which requires a number to be typed in to authenticate a citizen’s identity. In this case, three rules must be abided by. First, the digits should be arranged differently from the resident registration number. Second, for interactive use, the numbers should be used strictly for selective purposes. Third, the numbers should be used strictly for administrative purposes and must not go beyond the government network.

Our registration numbers have already been too contaminated. They now serve to permeate all kinds of annoying and predatory disturbances to our lives. Instead of epitomizing our identity, the numbers have become cheap goods for greedy merchants.

Doing away with the numbers may be locking the stable door after the horse is stolen. But something must be done to stop the illicit trade and threat to privacy and personal property.

*The author is a professor at Konkuk University’s Law School.