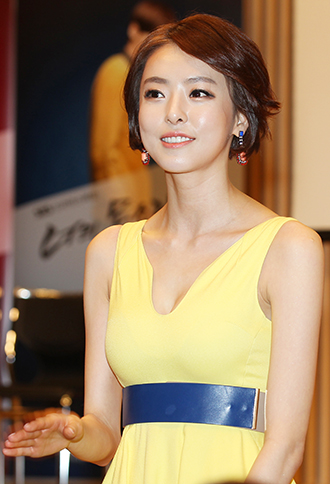 Actress Lee Da-hee of the SBS drama “I Can Hear Your Voice” is set to return to television, taking the lead role in the KBS series “Big Man.”

In the drama, Lee will play So Mi-ra, a self-made woman who gets involved in a love triangle with characters played by Daniel Choi and Kang Ji-hwan.

“We have been paying huge attention to the actress since she appeared as a cold-hearted lawyer in last year’s drama ‘I Can Hear Your Voice,’” said an official from KBS on Friday. “Viewers can look at her different persona through this drama.”

This is her first time taking the lead role in a series since debuting 10 years ago.

The drama is reportedly a revenge drama about a man who grew up as an orphan and who blames an ominous conglomerate for his hard life. Lee’s character becomes embroiled in the conflict.

The first episode will air on April 14.