Cream of the crop

Cream of the crop 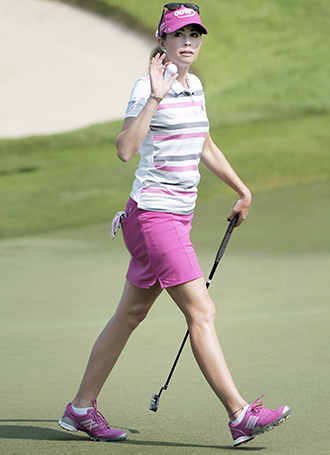 Paula Creamer of the United States waves to spectators after she sinks a putt on the second hole of the final round of the HSBC Women’s Champions golf tournament in Singapore yesterday. She sank a 75-foot eagle on the second playoff hole against Azahara Munoz to win her first LPGA title since the 2010 U.S. Women’s Open.