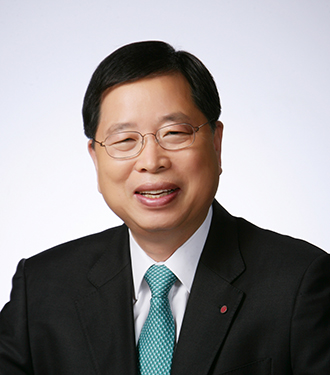 CEO and Vice Chairman Park Jin-soo says LG Chem may build an electric battery plant in China in anticipation of strong growth of electric vehicles in the world’s largest automobile market, as the country tries to deal with its air pollution crisis.

“We are studying how many orders we could win there and other legal preparations,” Park said Friday. “I think the EV market in China can rise fast.”

Park, who became CEO of the nation’s largest chemical company in 2012, admits competition in the EV battery market is getting fierce, but LG Chem is confident about its technology.

The 62-year-old CEO said the recent announcement by Tesla Motors that it will build a massive EV battery plant in the United States will not have a big impact on LG Chem.

“It is true that the EV era has come faster because of Tesla,” Park said. “But I think our manufacturing method is the safest, and we have earned a lot of contracts so far.”

According to Park, the company has secured 10 supply deals and will double that number in the near future. He said LG Chem will see the fruit of those deals from the end of 2015.

LG Chem last year saw its earnings drop, with sales dipping 0.5 percent to 23.14 trillion won ($21.6 billion) and operating profit plunging 8.8 percent to 1.74 trillion won. However, Park said the affiliate of LG Group has a goal of reaching 30 trillion won by 2017 and making LG Chem one of the world’s top three chemical companies.

“We saw sluggish sales last year due to a strong won and lower prices for our products, even though trade increased 6 percent to 7 percent,” Park said. “This isn’t an excessive goal; it is a dream that will come true.”

As part of the company’s vision, Park said he will first make LG Chem a world-class materials company by investing more in R&D. The company last year earmarked 450 billion won for the R&D sector and will bump that up to 590 billion won this year, a 31 percent increase.

“Just like people think of a pharmacist when they need medicine, we want consumers to think of LG Chem when they think of materials,” Park said.

The company will also invest 140 billion won this year to boost workplace safety, up 54 percent from 2013.