How to sustain Social Security

How to sustain Social Security 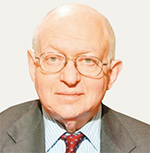 CAMBRIDGE, Massachusetts - Public pension programs around the world are in financial trouble. Because of continuing increases in life expectancy, the number of eligible retirees is rising more rapidly than the tax revenue available to finance benefits.

In the United States, the Congressional Budget Office projects the relative cost of the Social Security program’s old-age pension benefits to rise by more than a quarter over the next 25 years, from 4.9 percent of GDP today to 6.2 percent in 2038. Because the taxes that are earmarked to support Social Security do not automatically rise faster than GDP, either the growth rate of benefits must be reduced or tax rates must be increased.

One reason for the rapid rise in benefits stems from how they are adjusted for inflation. Under current U.S. law, retirees’ benefits are automatically adjusted to account for increases in the traditional consumer price index (CPI). But experts have long understood that the CPI overstates the true increase in the cost of living and that the resulting over-indexing of benefits should be fixed.

Part of the problem is the CPI does not reflect how consumers change the composition of their purchases over time as relative prices change. President Barack Obama’s administration initially followed expert advice and suggested that the traditional CPI be replaced by a more accurate measure known as the chain-weighted CPI. Although this would reduce the annual rate of increase in benefits by only about 0.25 percent, outlays for Social Security and other inflation-indexed programs over the next 10 years would be more than $200 billion lower. Applying the chain-weighted CPI to tax-bracket adjustments would raise more than $100 billion over the same period.

But there is another, more fundamental reason why traditional CPI overstates the true rise in the cost of living: It does not accurately reflect the introduction of new goods and services or improvements in the quality of existing goods and services. So it is unfortunate that Obama recently withdrew his proposal to replace the traditional index, preferring the political gesture of “protecting Social Security benefits” to the more responsible policy of correcting the way benefits and taxes reflect rising prices.

The U.S. Congress responded in 1983 by gradually raising the age for full benefits to 67. Individuals who want to retire as early as 62 can still do so with an actuarially fair reduction in their age 65 benefits. Alternatively, they can work longer and receive higher benefits.

Of course, the decision to increase the age for full benefits was never going to be politically popular. Congress therefore was careful to delay the start of the gradual adjustment, applying it only to those below age 45 at the time of the legislation, with the higher retirement age to be fully phased in only in 2027.

As a result, the public was generally unaware during the decade after the 1983 legislation that the age for full benefits would eventually rise. But here is the politically important fact: At no time did any member of Congress propose that the legislation be changed to delay or eliminate the rise in the eligibility age for full benefits. Congress acted responsibly to slow the growth of benefits, even though reversing the increase in the eligibility age would have been politically popular.

Since the 1983 legislation was enacted, life expectancy at age 67 has increased by three years to 85. There is every reason to expect life expectancy to continue to rise in the future at the rate of one year per decade.

The obvious solution to the current and future Social Security financing problem is to reprise the 1983 legislation by gradually raising the age for full benefits from 67 to 70, with appropriate actuarial adjustments for earlier and later retirements.

Because life expectancy at age 67 is roughly 18 years, this would be equivalent to reducing average lifetime benefits by one-sixth (the present value of the benefit reduction is actually higher, given that the reduction comes at the start of the retirement period).

It would be even better to avoid future political posturing by enacting legislation now that automatically raises the eligibility age for full benefits in such a way that average life expectancy at that threshold is kept constant, at 15 years.

Some experts object on principle to an increase in the eligibility age for full benefits because some low-income groups do not experience the same one-year-per-decade rise in life expectancy. A simple solution to that problem would be to relate the age at which full benefits are paid to each individual’s average lifetime earnings.

A more fundamental reform would be to shift from a pure pay-as-you-go system to a mixed system that combines the current benefits with investment-based personal retirement accounts.

Such investment-based annuities would be a natural supplement to the lower pay-as-you-go benefits that would result from raising the eligibility age for full benefits.

Obviously, retirees deserve advance notice before benefits are reduced. That is why it is important for the United States - and for many countries around the world - to act now to make the changes needed to stabilize future pension finances.