Bitter legacy of the Cultural Revolution

Bitter legacy of the Cultural Revolution 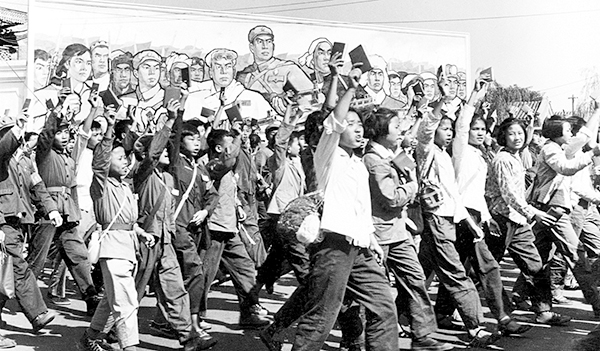 Every spring, the National People’s Congress and the Chinese People’s Political Consultative Conference hold annual meetings. The Political Consultative Conference is a political advisory body of delegates from various fields and offers a perspective into Chinese society. As I searched for news articles on the conference, I learned of the story of Song Binbin during the Cultural Revolution.

On Jan. 12, about 20 seniors returned to the middle school attached to Beijing Normal University. They visited the statue of Bian Zhongyun, the deputy principal of the school in the 1960s. They offered a silent tribute to her, and some cried. One of them was Song.

In the summer of 1966, the school was full of revolutionary spirit. The Cultural Revolution was inspired by Mao Zedong’s anti-rightist political struggle to “strike the command,” and the Chinese society was in a vortex of revolution. Song, the daughter of a high-ranking official, was an executive of the Red Guards. It was during the time when students criticized principals and sons condemned their own fathers. Bian was beaten by the Red Guards and died on Aug. 5.

Ten days later, Song met Mao Zedong at Tiananmen Square for the celebration of one million Red Guards for the Cultural Revolution. She famously put a Red Guard pin on Mao. Then, Mao gave Song the nickname “Yaowu,” meaning “Be militant.” Song became a synonym for the militant Red Guard.

After the Cultural Revolution, she came to the United States to study, an opportunity that was available only to the children of revolutionary executives. Upon receiving a Ph.D. from MIT, she stayed in the United States. When she returned to her alma mater on Jan. 12, she cried before the statue of the teacher she had killed.

As her apology inspired debate over her sincerity, it started a discussion on the once-taboo topic of the Cultural Revolution. Before and after her apology, many people came to confess their sins and seek forgiveness. Some intellectuals say that the state and the Communist Party also need to speak up. They demand that the authorities explain what persuaded the 19-year-old girl to go on a “killing spree.” The issue has been brought up before the Chinese People’s Political Consultative Conference.

The Cultural Revolution is a living part of history. Any Chinese over the age of 60 lives with painful memories of being assailants or victims. The revolution tore the society apart and destroyed the economy in the 1960s, and the wounds haven’t healed yet. The Communist Party defines the Cultural Revolution as “a serious mistake,” but it hasn’t addressed what went wrong and how. It may be waiting for the tragedy to be forgotten. The intellectuals helplessly claim that China could experience a similar tragedy unless it cleans up its past. It may be the limit of the Chinese society.

*The author is director of the China Institute of the JoongAng Ilbo.