Samsung bolsters its software side with hire

Samsung bolsters its software side with hire 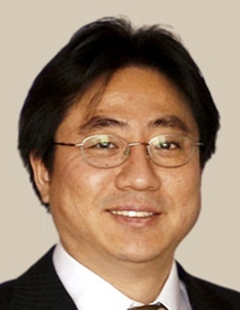 Samsung Electronics has hired a former chief software developer of Naver, the latest in a string of poaches from Korea’s largest Internet portal, as the tech giant moves to bolster the competitiveness of its software.

Yoon Dae-kyun, who served as the head of NHN Technology Services, an affiliate of Naver, was announced as a senior vice president of Samsung Electronics’ Media Solutions Center yesterday, confirming a report by the Chosun Ilbo earlier the day.

Samsung’s Media Solutions Center is in charge of the company’s software development.

In 2010, Samsung hired Ham Jong-min, then working as a vice president at Naver in charge of customer service, to be the chief service manager at the Media Solutions Center.

Yoon, who earned a Ph.D. in computer engineering from the University of California Los Angeles, also served as head of two other NHN affiliates, NHN Convergence Center and NHN Business Platform.

Before Naver, Yoon worked at Samsung Electronics, taking a senior role in its CDMA software business, which laid the groundwork for the company’s success in mobile phones. He also led Neo Steps, a Korean firm that develops mobile phone software.

Samsung has made increasing efforts to enhance its software divisions, which are widely considered to lag behind its hardware. During the Mobile World Congress in Barcelona last week, it unveiled the Samsung Gear 2 and Samsung Gear 2 Neo, smart watches that run on the Tizen operating system, co-developed by Samsung, Intel and other companies.