A show of respect

A show of respect 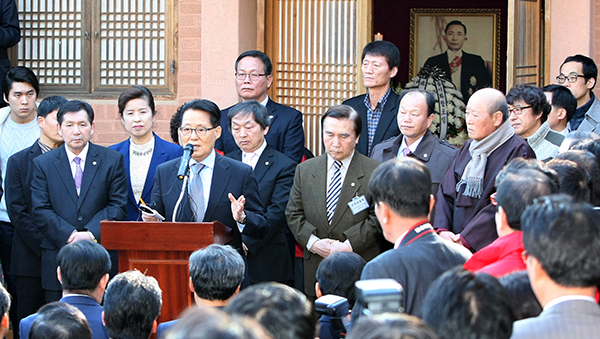 Lawmakers from both the ruling Saenuri and opposition Democratic parties - born in North Gyeongsang and South Jeolla provinces, respectively, the two regions representing the two political factions - visit the birthplace of former President Park Chung Hee, the father of incumbent President Park Geun-hye, yesterday in Gumi, North Gyeongsang. Representative Park Jie-won, the former floor leader of the main opposition DP, spoke yesterday to the audience in front of a portrait of the late Park.