Worker in Cuba honored for her diplomacy efforts

Worker in Cuba honored for her diplomacy efforts 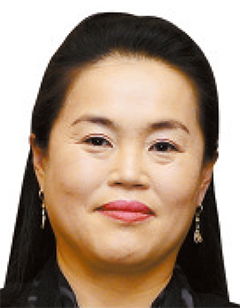 Mun Yun-mi was recognized Friday for more than a decade of civilian diplomacy work that helped to expand cultural cooperation between Korea and Cuba.

“As a Korean citizen, anybody who had played a similar role would have felt pride,” said Mun, 42, after receiving the Youngsan Foundation’s 2013 Diplomat of the Year award Friday at the Plaza Hotel, in central Seoul, in a ceremony that was attended by Foreign Minister Yun Byung-se.

Mun, who works on the international cooperation team for Cuban cultural center Sociedad Cultural Jose Marti, was recognized for her efforts to successfully coordinate cultural projects between the Korean Ministry of Foreign Affairs and Cuba’s Culture Ministry.

The foundation, headed by former Prime Minister Lee Hong-koo, an adviser to the JoongAng Ilbo, is a nonprofit organization affiliated with the Ministry of Foreign Affairs that promotes civilian understanding of international issues and diplomatic expansion.

“I hope that the area in which I am helping - cultural cooperation - can play a small role in the foundation of establishing diplomatic relations between Korea and Cuba in the future,” Mun added.

During the 1990s, Mun worked in Panama for a Korean company with a branch office there, shortly after receiving an offer from another Panama-based Korean company to work in Cuba.

After residing there for a number of years, Mun became increasingly more active in her efforts to expand cultural exchanges between Cuba and her native land. She also played a role in launching annual joint performances between the Daejeon Opera Group and a Cuban opera group, which have been ongoing since 2004.

The Yeongsan Foundation launched its diplomacy award in 2008 to recognize individuals or groups who promote the image of Korea abroad or those who perform well in fields with especially limited work environments.

On Friday, the foundation also honored Han Chung-hee, director-general of the Cultural Affairs Bureau in the Ministry of Foreign Affairs, recognizing her work in 2013 in the area of public diplomacy.

Cuba and South Korea have not yet established official diplomatic ties.