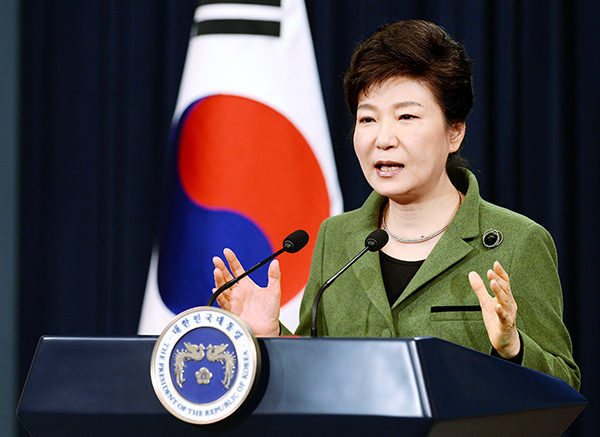 On the anniversary of her inauguration on Feb. 25, President Park Geun-hye announced a three-year economic blueprint known as her 474 vision.

The five-year economic plans the South Korean administration turned out quinquennially since 1962 helped to engineer economic progress and growth at a galloping pace and mold the Korean economy into today’s sophisticated and advanced state. The first trial five-year plan of 1962-66 was hastily whipped out purely on the strong will of the general turned president. The subsequent 1967-71 outline exceeded the government’s ambitious targets. The government gained confidence in its policy-making and received a push from the public. The confident mood stoked will and vitality in economic activities and led to positive numbers in growth.

The economic blueprint and its function evolved over the years according to growth in scale of the overall economy as well as the private sector’s scope and activities. The planning moved beyond early stage propaganda and took more shape as an outline achieved through brainstorming, discussions and coordination among government officials from various offices and experts from the corporate, economic research and media fields, and shifted the focus to details and content. The fifth five-year economic and social development plan of 1982-86 was mapped out over nearly 18 months by more than 200 people from the government and about 170 from the private sector and media.

The five-year initiative served as a long-term direction and vision for national economic progress based on debate and consensus instead of a command from an ambitious state leader. Unfortunately, the long-term economic planning tradition ended in the 1990s as the country under the democratization process erased the practices of past authoritarian regimes. The constructive form of economic planning was bundled up and buried as an outdated and antidemocratic tradition, and the government gave up on what was a most effective policy apparatus.

President Park Geun-hye and her government last week unveiled a three-year plan to “innovate” the economy. It falls short of the preparedness and indicative function of past plans. It more or less is a nice arrangement of sporadic policies and ideas the administration floated during its first year, recycled as action plans under macroeconomic goals for the economy. Still, we are happy and relieved to see a detailed economic agenda featuring key policy goals and longer-term direction.

But the tricky part awaits. It cannot be easy for the government to act out the plans because they have not been thoroughly discussed and ironed out among government offices, and they lack a second opinion from the private sector. The work of bolstering the services sector through the liberalization of the medical, health care, education and tourism sectors - which is one of the three main goals of the three-year plan - not only requires cooperation and coherence within the government, but also could be challenged by politicians and concerned industries.

In order to implement policies and achieve goals, the government first of all should sharpen its planning and coordinating function and ensure strong leadership of the deputy prime minister in charge of economic affairs. The government already raised doubt about its command ability from the beginning stage of announcing the measures. The deregulation and reform committee, which was newly launched under the president and cabinet ministers related to the economy, should meet regularly to iron out differences and ensure concerted government action. To improve coordination, the deputy prime minister also should report directly to the president on areas that require intervention.

The president and her government have been repeatedly criticized for lacking communication and connectivity. It is important for the president to better connect with the National Assembly, opposition and media. But what also matters is the leader’s command of the government and communication with the public.

Policy makers from the senior and working levels should all work harder to persuade and explain policies to the people. They must actively take advantage of the media to get closer to the public. Government officials should be encouraged through rewards for their endeavors. The role of government spokespersons also must be enhanced so their presence will better serve to champion public policies. Foreign spokespersons must be beefed up to better publicize Korean policies to foreign investors and the outside world. Government offices are best qualified to explain and publicize their policies.

*The author, a former deputy prime minister for the economy and finance minister, is an adviser to the JoongAng Ilbo.