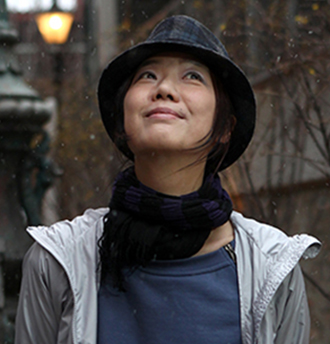 Since winning the grand prize at Gangbyeon Expressway Music Festival in 1988 with her hit single “Dam-da-di,” singer-songwriter Lee Sang-eun has built a unique niche in Korea’s music scene.

Also known as Lee-tzsche, the 44-year-old singer refuses to follow anyone else’s path but insists on doing things her way as an artist.

The JoongAng Ilbo sat down with Lee to listen to her insights about music and the music business.

Q. What is special about your latest album, “Lulu?”

A. Well, there’s nothing special about the meaning of “Lulu.” It’s just the name of the vintage shop that I have frequented over the years. Likewise, the new songs on my album describe the simple life that everyone can easily relate to.

Most of the songs on my new album are filled with messages to cheer up people, including myself. I am not as young as I used to be; sometimes I also get frustrated by reality and feel like I’ve lost all my passion for music.

That’s why I wanted to reassure myself through my songs. In my lead-off single, “The Full Sun,” I wrote “Look at the positive side / darkness can never defeat the light,” and on “Candy Candy,” “1985” and “Rainbow,” I sing about hope and happiness.

We heard that you recorded the album at home. How were you able to do that?

Yes. Recording the songs at home is not an easy job since you can only use limited devices at home. Unlike in a recording studio, you can only use a computer and some other simple devices. Bassist Kim Nam-yun, of the rock band 3rd Line Butterfly, played the role of mastering engineer. I think his final touches on the album enhanced the overall quality of the sound.

It seems like you were the chief architect of the album. What did you learn after recording it at home?

I still think I’ve got a long way to go to become a better producer. But, at the same time, I had good moments as well. Making my own sounds by myself allowed me to improve the originality in the sounds. It feels like I’ve gone a step further.

And because I cannot make loud sounds at home [because of the neighborhood], I had to sing everything very quietly. If you’re expecting some fancy, uptempo music, you won’t find my songs to be very satisfactory.

Some of my fans told me that these new songs sound like lullabies, and I was happy to hear that. I hope my voice can heal the wounds of today’s people.

You’ve pursued your career in music for 26 years. How do you see your next 20 years going?

Creating music has always been an exciting task for me. As a female artist, I will continue to pave my own way. I wrote my vision on the sixth track, “Wildflower.” “I’m not like the pretty one in the flower shop / but I am stronger than any other / because I’m a wildflower.” [Laughs.]