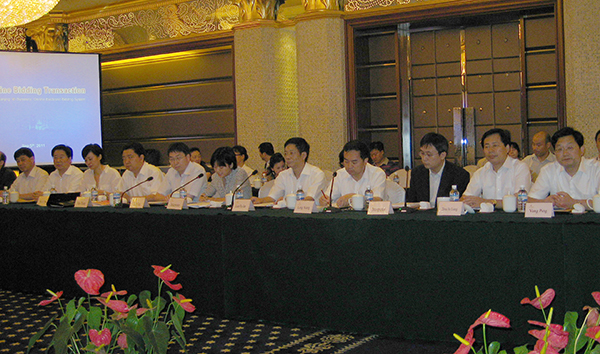 Those who have played the Whac-a-Mole game know that no matter how hard you hit the moles, more will pop out from other holes. I am concerned that Chinese President Xi Jinping’s strong reforms may end up like a game of Whac-a-Mole.

There is speculation that Xinjiang separatist forces were responsible for a mass stabbing attack that took place Saturday at a train station in the southwestern city of Kunming, resulting in 170 victims. After the area was integrated into China during the reign of Emperor Qianlong, the Uighur armed struggle continued for more than 250 years, and the attack may be a warning that the separatists want to take the fight outside of Xinjiang.

In fact, the separatist attack was forewarned when a family of three drove a vehicle into a crowd at Tiananmen Square in Beijing in October. Ironically, the changed tactics are not unrelated to Xi’s reform policy of prioritizing stability. To keep minorities stable, the authorities strengthened surveillance and mobilized more forces, and as a result, the mole is looking for another hole to pop out of.

Xi’s campaign to drive out corruption led to similar results. A year ago, he declared that he would crack down on all corrupt officials large and small - both “tigers and flies.” About 182,000 civil servants were fired on corruption charges, but the number of officials accused of corruption is growing. As briberies continue to be strictly controlled, bribers are looking to do their business online. Internet gift certificates can turn into jewels and artwork.

The war against prostitution in Guangdong Province is the epitome of the Whac-a-Mole game. After a crackdown on tens of thousands of brothels, the price of prostitution has tripled across China. The prostitutes are operating on an individual basis, so the police have a hard time tracking them down. Korea experienced the same thing 10 years ago.

The side effects don’t stop there. The city of Dongguan in Guangdong used to be a manufacturing center, but many factories have suspended their operations because the city’s work force has been reduced to only 100,000 people. The evil “sex trade” was eradicated, but the damage came to an unexpected place.

A few days ago, I had dinner with Chinese officials, and we enjoyed a special drink named after the hotel. After Xi banned pricey liquor, the hotel created its own brand and repackaged the 20-year-old bottle of Maotai. High-end liquors like Maotai and Wuliangye are now marketed as different brands. As the Chinese saying goes, “If the government has policies, the people have measures.”

Just in time, the National People’s Congress and the Chinese People’s Political Consultative Conference opened on March 3 to expand and reinforce Xi’s reforms. Maybe someone should demonstrate the Whac-a-Mole game when discussing reform. Surveillance, control and power are important for reform, but decentralizing power is more effective.