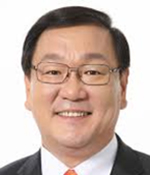 A California attorney general filed lawsuits against two international apparel manufacturers based in China and India for gaining an unfair competitive edge over American competitors by using pirated software in the production of clothing imported and sold in the U.S. state. A Thai seafood company and major frozen shrimp exporter was slapped with a $10,000 fine by the state of Massachusetts on charges of unfairly selling and delivering products into the state by illegally using pirated software without paying the appropriate licensing fees.

The provisions stipulate harsh penalties including fines exceeding retail cost and export ban to the U.S. market. Some 36 states, including California, strengthened regulations and actions to observe the anti-piracy act which should raise warning to Korean exporters to the U.S.

Under the U.S. Unfair Competition Law, manufacturers are found liable for torts for causing economic harm or gaining cost advantage through unauthorized use of an intangible assets and violating trademark and copyright laws. Use of pirated software to save money could eventually cost dearly in financial terms and affect the company’s reputation.

The law does not just affect piracy-watch countries like India and China, but also Korean companies, too. According to the local Customs Service, over 20,000 Korean companies export produce to the United States, accounting for 22 percent of total private enterprises in the country.

In the recent biannual report on piracy issued by the Business Software Alliance - the trade group representing the world’s largest software makers - the piracy rate in South Korea reached 40 percent. If the U.S. state governments strengthen administration of the unfair competition regulations, four out of 10 at worst could face heavy fines or even an export ban.

Illegal use of unlicensed software could deal a fatal blow to the Korean industry that relies heavily on exports to the United States. None from Korea have yet to be investigated on unfair practices from using unauthorized software.

Nonetheless, Korean companies must be fully alerted and make appropriate accommodations because there are many relying on the U.S. market and yet are using pirated software.

The unfair competition act applies not only to companies exporting completed products to the United States but also parts suppliers. Small companies working under contracts habitually use illegal and unauthorized IT content and software to save costs and many companies also outsource parts assemblies to Chinese manufacturers whose awareness on intellectual property rights is relatively low.

It should be the responsibility of the exporter to make sure no breaches in IT copyrights have occurred throughout the manufacturing process for compliance with U.S. law. Toyota, for example, has been supplying legitimate software and IT management packages to its subcontractors and suppliers around the world to cope with the toughened U.S. anti-piracy regulations.

Korean companies also should not risk losing big by trying to save petty money. Exporters should routinely check up on software uses at their suppliers. In the end, Korean companies can gain the upper hand over manufacturing rivals from China and Taiwan through strict compliance with intellectual property rights.