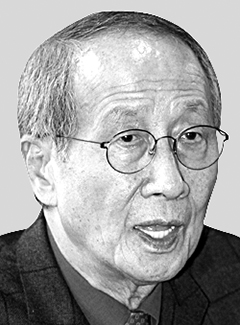 Yoon Yeo-joon, widely thought of as one of the most influential advisers to independent lawmaker Ahn Cheol-soo, admitted in a rare one-on-one interview with the JoongAng Ilbo on Tuesday that he had no idea what Ahn and the Democratic Party had in mind when they agreed on Sunday to form a political alliance before the June polls.

“Honestly, I have no idea what the two [DP Chairman Kim Han-gill and Ahn] have in mind now,” said the veteran political strategist in his Yeouido office in western Seoul. “We will see the true intentions of the Democratic Party in the process of creating a new united party in the coming days.

“Ahn will have to steer through a new path that is filled with land mines installed by the political professionals of the DP,” he cautioned. “I just hope he will not step on them.”

Yoon’s career dates back to the authoritarian government of Chun Doo Hwan, when he worked as a public relations secretary in the presidential office.

Yoon, a former journalist, helped engineer the presidential campaign for Lee Hoi-chang - once in 1997 and again in 2002 for the Grand National Party (GNP), the former body of the Saenuri. He also served as the minister of environment under the Kim Young-sam administration, as well as a GNP lawmaker from 2000 to 2004.

Working as a campaign strategist, Yoon also played a crucial role in a major victory for the GNP in the 2007 local elections.

In a stark turnaround from his previous political career in which he represented the country’s conservative block, Yoon chose to throw his support behind Democrat Moon Jae-in in the 2012 presidential election, which saw him lose out to the Saenuri’s Park Geun-hye by a 3.6 percent margin.

Yoon’s about-face in politics during the race came as a huge surprise, and he continued to surprise political observers earlier this year when he decided to team up with Representative Ahn in creating a new party, which is meant to shake up the political landscape.

But those plans abruptly came to an end on Sunday when Ahn announced his intention to form a united party with the DP.

When asked about the future of the party, Yoon expressed some doubts, but said he would have to “wait and see.”

“DP Chairman Kim is a very kind person with a good manner. But his personal charm is a different thing from the true nature of the DP,” he said.

“I know the DP’s true nature from my experience as a chairman of a policy think tank for the GNP. Its policy guidelines sound persuasive, but are in fact full of strategic calculations and tricks that one can easily fall for.”

Below is as an excerpt of Yoon’s interview.

Q. Ahn must have trusted the Democratic Party’s promise for “new politics” because he reached a deal with the DP.

A. Ahn could have been deceived by the DP more than 10 times, because he is a naive person. The slogan of “new politics” can’t be achieved just by rhetoric from the two leaders. The faction within the DP who are supporters of former President Roh Moo-hyun may also have different thoughts [on the deal].

The DP said it will share the stake in the new party with Ahn’s faction.

It is wrong to think that the DP will give half of the [political] territory to Ahn.

When two different forces collide, it always results in the absorption of one power by the stronger one…. Only time will reveal the DP’s true intentions.

How do you expect ongoing negotiations to go between the two in forming the new party?

Ahn’s camp only has a handful of people with experience in negotiating, and that worries me. If the DP is really intent on realizing new politics, it will have to prove its sincerity.

Yoon also expressed worries over whether Ahn’s faction could survive in the new party incorporated with the competitive forces of the DP, which now commands 126 lawmakers. He added that he wasn’t sure whether Ahn had decided to merge with the DP because he was confident that his faction would thrive in the new party, or whether he was seeking to avoid a possible failure in the June 4 local elections had he gone ahead on his own.

“At any rate, Ahn thought hard about the future of his party [and came to the conclusion to merge]. I initially planned on playing hardball with the DP in the race. But now, under the same roof as the DP, that plan is gone.”