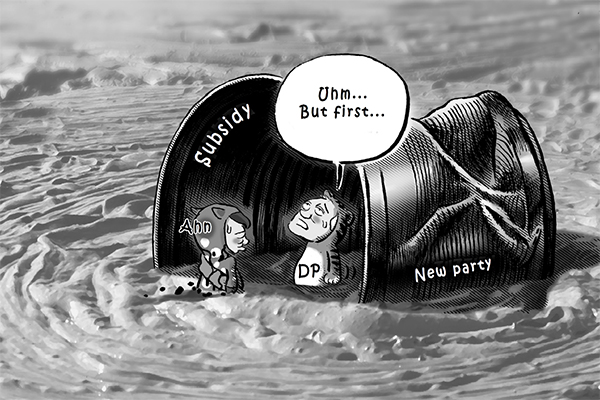 The Democratic Party agreed to merge with Ahn Cheol-soo’s New Political Vision Party, even though Ahn’s party has not been set up. The DP wants Ahn to launch his party before the merger, otherwise the DP would have to disband, which would mean losing its quarterly subsidy of 790 million won ($741,000).