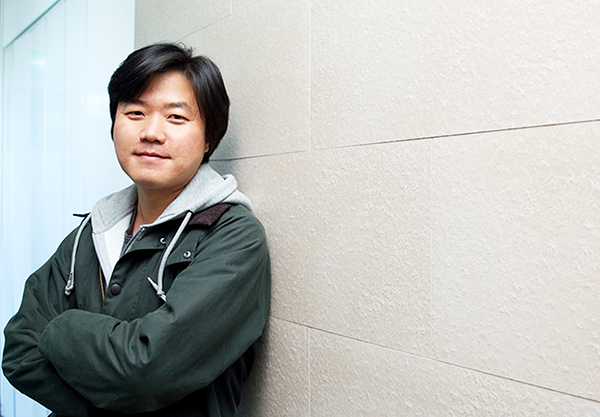 Less than a year has passed since the four “grandpas” - Shin Goo, Baek Il-sub, Lee Soon-jae, and Park Geun-hyeong - shot to fame on tvN’s reality program “Grandpas Over Flowers.” Accompanied by their designated “bag carrier,” younger actor Lee Seo-jin, the program’s stars went backpacking, first to France and Switzerland, and then to Taiwan, becoming a cultural phenomenon along the way.

Now, Korea’s most famous seniors are heading out on their third trip, this time to Spain, one of the sunniest and most exotic European countries. The program’s producer, Na Young-suk, sat down with local media to talk about their trip, which was filmed from Feb. 1 to Feb. 10, and about his expectations.

Q. What’s the difference between this trip to Spain and the previous ones?

A. This time, we pinned down the concept, deciding to make it an intermediate-leveled backpacking trip - to make it more resemble a real backpacking trip that young people take. For example, we only provided the starting city [Barcelona] and the finishing city [Madrid], so the grandpas had to fill in the blanks themselves. Also, on the prior trips we provided each of them with 100,000 won [$94] each day for housing, food and fees. But this time we lessened the allowance, too. The grandpas will reveal some previously unseen sides of their personalities.

What does the “bag carrier” Lee Seo-jin have to offer this trip?

As you can see in our teaser video, while the grandpas are excited, Lee says “Is it just me that’s nervous?” Until now, Lee led the grandpas based on his experience in foreign countries and his English skill. He seemed like a “genius” type who could do well without trying much. But, in Spain, most people don’t speak English and he has never been there before. Viewers will see Lee struggling, being clumsy and floundering in front of the grandpas.

Why did you pick Spain as the third destination? 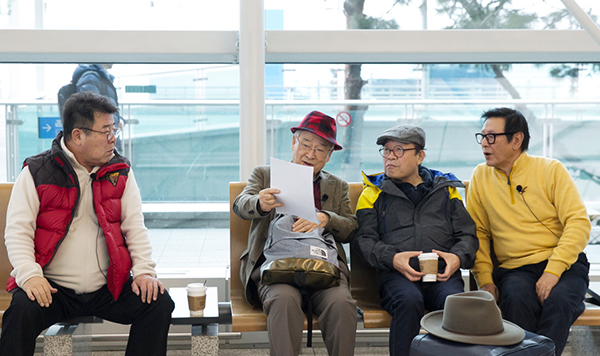 A scene from the latest series of the tvN program “Grandpas Over Flowers.” From left: Baek Il-sub, Lee Soon-jae, Shin Goo and Park Geun-hyeong. Provided by CJ E&M

First, we wanted to choose a country where experienced travelers go, and for that Spain was an apt choice. Also, Spain is somewhat similar but also very different from other European countries. It was influenced by Islamic culture so it gives off a very exotic ambience. And its warm weather was one of the reasons, too.

Before, it was kind of hard to distinguish whether the trips were about sightseeing or traveling. What about Spain?

In the third season, we definitely wanted to emphasize the travel aspect rather than sightseeing. We wanted the grandpas to feel as much as possible like people who go on trips for real. For example, what it’s like getting into a fight with a friend and then make up, and feeling exhausted after a tight schedule.

What does travel mean to you?

It’s simple - it stands for the opposite of our daily lives. When we are there, it brings back our childish side, making mistakes and being frank about our emotions.

I have some more stories to offer using the theme of traveling. I think it’s time for me to offer something new [other than the “Flowers” series]. I am planning on creating a totally different project this year.

The third trip of “Grandpas Over Flowers” begins tonight at 9:50 p.m.